SACRAMENTO, Calif. (AP) — Three alleged gang members were charged with murder Tuesday in the slayings of three women fatally shot in a gunbattle that rocked California’s capital city a month ago.

Prosecutors say the mass shooting that ultimately killed six people and erupted before dawn on April 3 in downtown Sacramento was a result of a feud between two rival gangs, the Garden Blocc Crips and G-Mobb, and their allies. G-Mobb is affiliated with the Bloods street gang. 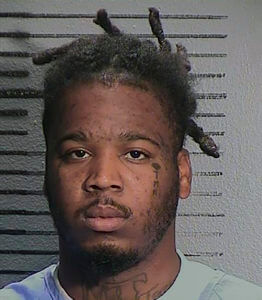 In court documents filed Tuesday, police described in minute-by-minute and frame-by-frame detail from multiple surveillance cameras a chaotic shootout with men flashing weapons tucked into their waistbands and bystanders running for cover as the suspects confronted each other outside a jewelry store in downtown Sacramento. Cars hurriedly backed away from the intersection, a vendor abandoned a food cart, and the suspects postured at each other before the shooting began.

An unidentified woman standing between the two groups was pulled back by one gunman, then another after she returned to her spot in the middle. One of the wounded victims — a member of the Del Paso Heights Bloods, an ally of G-Mobb — said a member of the 29th Street Crips confronted him: “Dude was like, ‘What’s you staring at? Is there a problem?’”

District Attorney Anne Marie Schubert announced on Tuesday that Smiley Martin, Dandrae Martin and Mtula Payton have been charged with murder in the slayings, as well as weapons offenses. All three are eligible for death penalty but that decision has not been made yet.

Investigators offered no motive, but said in court documents that Smiley Martin and his companions recorded an online video hours before the shooting, flashing guns and talking trash from a location in rival gang territory. In it, they state their plans to head to the downtown area with the intent of opening fire.

The Martin brothers were wounded and remain in jail. Court documents say Dandrae Martin is allegedly a member of the Garden Blocc Crips, while Smiley Martin is affiliated with the 29th Street Crips, which is a subset of his brother’s gang. Attorneys for the brothers did not immediately respond to requests for comment Tuesday.

Payton is a fugitive and an alleged member of G-Mobb. A trail of his spent casings measured 257 feet (78.33 meters).

The defendants were charged Tuesday with the slayings of Johntaya Alexander, Yamile Martinez-Andrade and Melinda Davis — three women who prosecutors say were innocent bystanders during the shootout that occurred as patrons of bars and nightclubs emptied out onto the streets in downtown Sacramento.

The three men killed in the bloodshed were Devazia Turner, Sergio Harris and Joshua Hoye-Lucchesi. 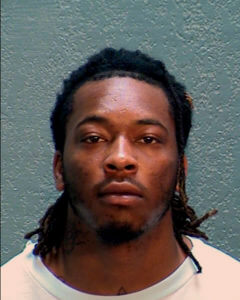 The district attorney’s office on Tuesday did not charge Payton and the Martin brothers with the deaths of Turner, Harris and Hoye-Lucchesi. Authorities said Turner was one of the shooters and was seen firing multiple rounds at the Martins.

Police believe a handgun fell from Hoye-Lucchesi’s wounded body as the brothers tried to drag him to safety, but court documents do not say whether he fired the gun. Harris was found with gunshot residue on his hands.

Ron Norgaard, chief deputy district attorney, said it is “very difficult to charge” someone in a victim’s death if the victim was a participant in the crime.

Veteran defense attorney Mark Reichel, who is not involved in the case, said he believes that not charging the three suspects in the deaths of the three male victims was a tactical decision on the part of prosecutors.

“Charging the murder count for shooting an alleged gang member who is at the same time actively shooting at you leads rise to a self-defense claim. But it’s going to be difficult to raise a defense of self-defense to bystanders,” Reichel said. “It makes it a lot cleaner.”