NEW YORK (AP) — He was a famous moviemaker. She was a publicist working a film premiere where he was a VIP guest. He’d offered her a lift home and then invited her to his apartment for a drink.

And now screenwriter-director Paul Haggis had abruptly tried to kiss her, backed her into his refrigerator, and had a question for her, accuser Haleigh Breest told a jury Thursday. 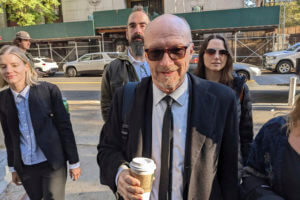 “Are you scared of me?” he asked, according to her testimony.

And so began, Breest said, a sexual assault that ended with the Oscar winner raping her. She’s suing him in a civil case that’s now on trial.

Haggis maintains the 2013 encounter was consensual, and his lawyer has argued that Breest called it rape because she’s out for money.

In a steady, unsparing tone, Breest recounted what she said was a terrifying, painful attack that left her shocked and “really struggling to comprehend what had happened.”

“I couldn’t understand how somebody who seemed like a nice guy would do that,” she said.

As she spoke without looking at him, Haggis, 69, watched largely expressionlessly, sometimes rubbing his bearded chin or taking notes. He may choose to testify later in the trial.

Breest, now 36, said she first met the Haggis — known for writing Oscar best pictures winners “Crash,” which he also directed, and “Million Dollar Baby” — in 2012 at a premiere afterparty. She had a side job with an organization that coordinates such events.

Breest and Haggis went on to exchange occasional professional emails and party chitchat, she said, over the months before their paths crossed again at another premiere party on Jan. 31, 2013.

After they interacted a bit during the event, a tipsy — but not stumbling drunk — Breest accepted the filmmaker’s offer of a ride, and then his invitation for a drink, she told jurors. She said she tried to shift the setting to someplace public, but he pushed for his apartment in Manhattan’s SoHo neighborhood, and she didn’t want to offend one of her employer’s red-carpet guests.

“But just so you know,” she testified that she told him en route, “I’m not sleeping in SoHo tonight.”

Yet Haggis’ advances began as soon as she put her bags down in his loft’s open kitchen, Breest said.

“You’ve been flirting with me for months,” he soon said, according to her.

“I don’t even know you,” she said she replied.

Breest said she was able to dodge and deflect his attempts to kiss her for a bit, and thought she’d succeeded in politely defusing the situation when he started a friendly tour of the apartment. But as they looked at a guest bedroom, Haggis “became aggressive very quickly,” pushed her onto the bed and pulled off her tights and clothes as she tried to keep them on and told him to stop, she said.

Then, she said, he forced her to perform oral sex and wanted intercourse. She said she asked to take a shower as a subtle way to get out of the room, but he followed her there.

Then, as she left the bathroom to try to get her clothes, she said, he put his hands on her shoulders from behind, steered her back to the guest bedroom and made a further series of unwanted sexual moves that culminated in rape.

“I was like a trapped animal. There was nothing for me to do,” she said.

Breest said she passed out soon afterward, awoke alone on the bed the next morning and left without seeing Haggis again. 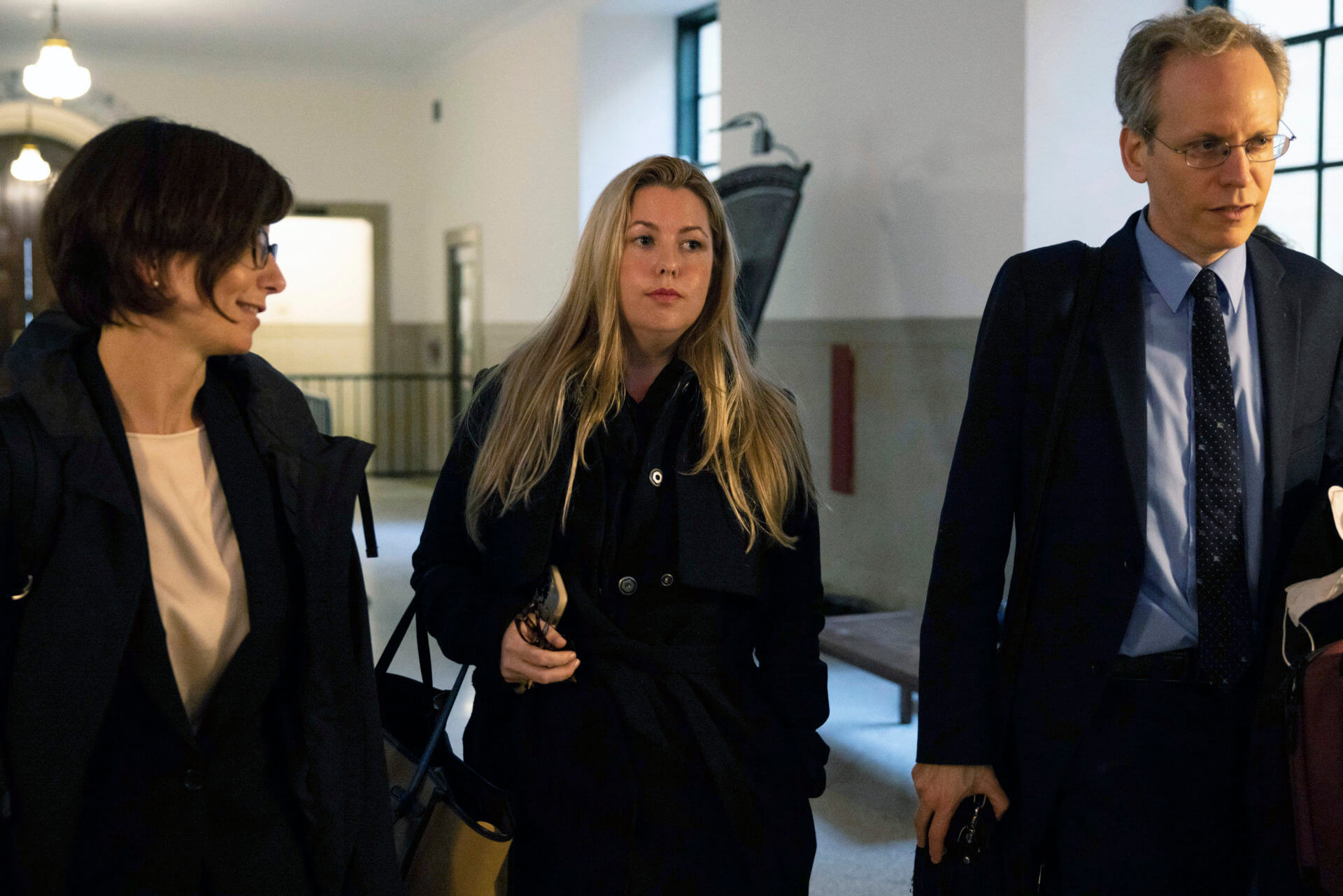