NEW YORK (AP) — A judge sentenced a member of “The Real Housewives of Salt Lake City” to 6 1/2 years in prison on Friday for defrauding thousands of people nationwide in a telemarketing scam, many of them vulnerable or older. 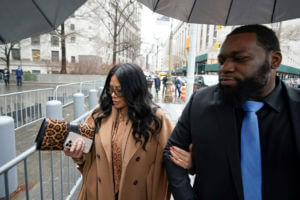 Jennifer Shah arrives to federal court in New York, Friday, Jan. 6, 2023. Federal prosecutors are seeking a 10-year prison sentence for the member of “The Real Housewives of Salt Lake City” who they say lived lavishly after defrauding thousands of people nationwide in a telemarketing scam, many of them elderly. (AP Photo/Seth Wenig)

U.S. District Judge Sidney H. Stein announced the sentence for Jennifer Shah after she sobbed while apologizing for the fraud. Stein presided over her guilty plea in July to a conspiracy charge for participating in a massive fraud for nearly a decade.

At the start of Shah’s sentencing hearing, Stein cautioned a packed Manhattan courtroom that he was not sentencing the person people see on television. Stein said that person is “simply a character. It’s acting.”

When Shah, 49, had a chance to speak, she too said she is not the person she is on the show.

“Reality TV has nothing to do with reality,” she said. I am deeply sorry for what I’ve done. My actions have hurt innocent people.”

She pledged to pay $6.5 million in restitution and forfeiture when she gets out of prison, and she apologized to everyone cheated by the fraud.

During the hearing, defense lawyer Priya Chaudhry said her client has undergone a dramatic transformation in recent months.

“Remorse can be genuine even if it shows up late. … Her apology is real,” she said.

A prosecutor disputed the turnaround, saying he didn’t believe she showed any remorse at all, even at her plea.

Prosecutors said in a presentence submission that Shah should get a decade in prison, noting that she used profits from her fraud to live a life of luxury that included a nearly 10,000-square-foot mansion with eight fireplaces dubbed “Shah Ski Chalet” in the resort haven of Park City, Utah. The home, they said, is now listed for sale for $7.4 million. 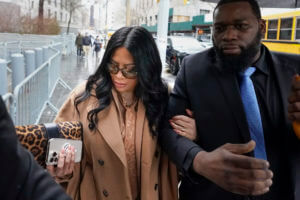 Jennifer Shah arrives to federal court in New York, Friday, Jan. 6, 2023. Federal prosecutors are seeking a 10-year prison sentence for the member of “The Real Housewives of Salt Lake City” who they say lived lavishly after defrauding thousands of people nationwide in a telemarketing scam, many of them elderly. (AP Photo/Seth Wenig)

Prosecutors attacked her behavior after her arrest on March 30, 2021, saying Shah lied to law enforcement in a voluntarily recorded interview before going on a reputation-cleansing public campaign in which she “repeatedly, vehemently, and falsely proclaimed her innocence.”

The government said she also seemed to mock the charges against her by claiming that the “only thing I’m guilty of is being Shah-mazing” and then she profited from it by marketing “Justice for Jen” merchandise after her arrest as she directed others to lie while trying to conceal her conduct from investigators.

The fraud, authorities said, stretched from 2012 to March 2021 as bogus services were promoted as enabling people to make substantial amounts of money through online businesses.

Meanwhile, defense attorneys minimized Shah’s role in the fraud in their presentence submission to the judge, saying there were “many, many people” involved in the long-lasting telemarketing scheme that led so many individuals to buy worthless services from companies in which Shah was involved.

They wrote that the fraud was “a mistake that has not only ruined her own life, but has broken her heart as she has watched the damage that her actions have caused.” 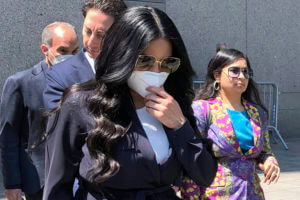 It was carried out, the lawyers said, “as part of an industry operating with a fine line between what is legal and illegal.”

“Ms. Shah was involved in both the legitimate and fraudulent sides of this industry,” her lawyers said.

Noting that one individual already sentenced in the fraud received more than seven years in prison, the lawyers said Shah wasn’t like codefendants who “are essentially career conmen; people who have spent their lives hopping from scheme to scheme; professional fraudsters without an honest dollar to their names.”

They added: “Before she committed these acts, Ms. Shah’s entire life, for more than four decades, was marked by hard, honest work, respectable achievement, and a hard-earned reputation for true generosity.”