GOLDEN, Colo. (KMGH) – A man was sentenced to an indeterminate 24 years-to-life in prison for sexual assault on a child, a spokesperson with the Colorado First Judicial District Attorney’s Office said Thursday.

Ronn Gregory Wyman, 63, a repeat sex offender with an extensive record dating back to 1987, was sentenced Wednesday in connection with a case dating back to January 12, 2020. 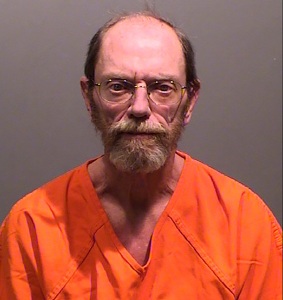 At the time, prosecutors said Arvada police was called on a report that an older male was groping a child. The man, who was later identified as Wyman, tried to leave but was confronted by the victim’s mother, who stood in front of his car in the parking lot and made him wait for law enforcement to arrive, according to a news release.

Wyman was found guilty by a Jefferson County jury in May of last year.

His rap sheet began when he received three years of probation for indecent exposure in front of children in California in 1987. A year later, he was sentenced to a year in jail for attempted kidnapping of a child.

His crimes would be far from over.

In 1993, a Denver jury found Wyman guilty of second-degree murder and he was sentenced to 28 years in prison to be followed by five years of probation.

After serving 20 years, he was released early into the community in 2015 but returned two more times due to violating parole requirements. Wyman eventually completed his sentence and was released in November 2018, spokesperson said.

Under Colorado law, specific egregious sexual offenses come with an indeterminate sentence that requires a minimum number of years in prison. After serving the minimum, offenders can then be released into the community after demonstrating successful progress in sex offender treatment and a decreased risk to re-offend. Because of Wyman’s prior offenses against children, that minimum number of years is tripled.

This story was originally published Jan. 27, 2022 by KMGH in Denver, an E.W. Scripps Company.