PROVIDENCE, R.I. (AP) — A Roman Catholic priest who had been serving as pastor at a church in Providence is facing child pornography charges, according to Rhode Island State Police.

The Rev. James Jackson, 66, was arrested on Saturday after a court-authorized search warrant was executed at St. Mary’s church and rectory. The search uncovered digital media containing child pornography and police identified Jackson as the owner, according to a statement Sunday from State Police Col. James Manni. 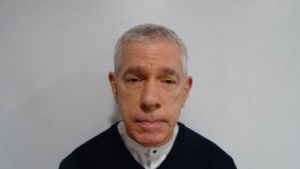 Jackson was held on $5,000 bail pending a future court date, authorities said. It was not clear if he had an attorney.

Diocese of Providence Bishop Thomas Tobin in a statement said Jackson has been prohibited from performing the duties of a priest.

“The use of child pornography is a serious crime and a grave sin,” the bishop said.

Jackson came to the diocese in August from the Priestly Fraternity of Saint Peter, which has cared for St. Mary’s since June 2018.

The organization in a statement said it was “shocked and saddened by news of Father Jackson’s arrest and the serious allegations against him.” He had previously passed a background check, the statement said.