LANCASTER, S.C. (AP) — A South Carolina man convicted of killing his teenage roommate and disposing of the body has been sentenced to 60 years in prison.

Christopher Allen Holford, 33, pleaded guilty Thursday to murder and possession of a weapon during a violent crime in the February 2018 death of Austin Tyler Steele, 18, news outlets reported. 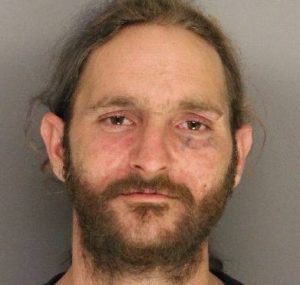 The two men lived in a mobile home near Lancaster, along with Holford’s 22-year-old wife, authorities said. The defendant was accused of shooting Steele in the throat before cutting up the body and burying the remains around the property, according to court testimony.

Holford entered his plea Thursday in court but did not speak otherwise, The State reported.

In previous statements to police and letters sent from jail, he initially denied involvement and blamed his wife for the slaying, but later admitted to killing Steele and covering up the crime, prosecutors testified. Holford allegedly signed one letter “Hatchet Man,” prosecutors said.

A motive was not given, though Holford’s court-appointed lawyer, Alston DeVenny, argued he had sustained trauma in his past and that he had since shown remorse for Steele’s killing.

Holford had a previous child molestation conviction as well as drugs and weapons violations dating back to 2005, records showed.