A Scottish man who tried to evade justice by fleeing to the United States, where he faked his death at a California beach, was sentenced to 15 years in prison for rape and other sexual offenses, authorities in Scotland said.

Kim Avis was found guilty of of raping three women and sexually assaulting a minor following a trial at the High Court in Glasgow, Scotland, last month. The 57-year-old was convicted of 13 charges related to sexual offences that occurred between 2006 and 2017, and an additional charge of failing to attend a previous trial date after he fled to America, the Scotland prosecutor’s office said. 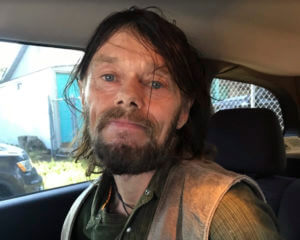 FILE – This Friday, July 26, 2019, file photo provided by the Monterey County Sheriff’s Office shows Kim Vincent Avis, also known as Ken Gordon-Avis. Avis, of Scotland, who tried to evade justice by fleeing to the United States, where he faked his death at a California beach, was sentenced on Friday, June 11, 2021, to 15 years in prison for rape and other sexual offenses, authorities in Scotland said. (Monterey County Sheriff’s Office via AP, File)

Avis was sentenced last week to 12 years in prison for the sexual offenses and three years for failing to appear at an initial trial in March 2019.

Avis was on bail when he flew into Los Angeles International Airport in February 2019, using the name Ken Gordon-Avis.

Several days later, his teenage son reported him missing at Monastery Beach off the coast of Carmel, California, after he said Avis went for a nighttime swim in treacherous waters. Searchers found no trace off the area sometimes called “Mortuary Beach” for its deadly reputation.

After three days of intense searching, detectives began to suspect a hoax. They said the son’s account lacked crucial details, and he couldn’t answer basic questions like how the two got to California’s central coast after traveling by air from Scotland to Los Angeles.

Authorities in California then discovered that Avis, who is from the Edinburgh area, was wanted on multiple counts of rape in Scotland. His son subsequently returned home and did not face charges for filing a false report.

The investigation was turned over to the U.S. Marshals Service, which has responsibility for catching wanted criminals. Avis was arrested five months later in Colorado Springs, Colorado, and extradited back home to Scotland, where he was held in prison until his trial.

“Kim Avis went to great lengths to evade justice for his crimes,” said Fraser Gibson, the public prosecutor for High Court sexual offenses. “Thanks to the efforts of police and prosecutors, working together with U.S. law enforcement, he has been brought to justice.”