CLEVELAND (SCRIPPS) — The FBI dug up land in Cleveland on Tuesday in connection with the disappearance of Ashley Summers, a Cleveland girl who went missing in 2007 at the age of 14. Animal bones were found at the property, but no sign of Ashley.

The dig occurred in the area of West 43rd Street and Train Avenue. WEWS’ Tracy Carloss was at the scene Tuesday, April 13. 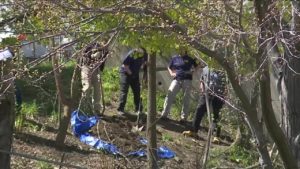 This photo from WEWS shows authorities digging at a site in connection with the disappearance of Ashley Summers, who wasn’t been seen since 2007. (WEWS)

The FBI’s Evidence Response Team converged on the area of West 43rd Street and Train Avenue in Cleveland based on new information related to the Ashley Summers case.

“We developed some information that brought us here,” said Special Agent Vicki Anderson.

That information includes a new date and location of where agents believe the teen was last seen. The FBI now believes Summers was last seen on July 8, 2007 in the area of West 44th Street and Trowbridge Avenue in Cleveland.

Ashley’s aunt Debra Summers watched and waited with tears in her eyes as agents searched.

The unanswered questions about the fate of Summers’s niece are always on her mind.

“It never goes away. I think about her all the time. What if? Where’s she at? What’s she doing? Is she okay?” Summers said.

Agents unearthed two pieces of land Tuesday and the medical examiner’s office responded to the scene after agents found bones, which were later determined to be that of an animal, officials said. 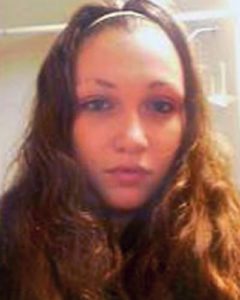 It was first thought by authorities that Ashley went missing from her Cleveland home on July 9, 2007 and was last seen near the intersection of West 96th Street and Madison Avenue. But now, based on new information, agents believe she was last seen a day earlier in the area of West 44th Steet and Trowbridge.

Summers packed all of her clothes and took them with her, according to reports at the time. She called her mother one month after she went missing, telling her not to worry and that she would be okay.

“We do feel like there are people who know what happened to Ashley that haven’t reported it. We are urging them to call 877-FBI-OHIO,” said Anderson.

Since Ashley went missing, the FBI’s Violent Crime Task Force got involved in her case, and a forensic artist created age-progressed images of what she may look like now.

This story was originally published April 13, 2021, by Tracy Carloss and Ian Cross of WEWS in Cleveland, Ohio.