CINCINNATI (AP) — A federal judge plans to complete sentencing Tuesday afternoon for an Ohio man who falsely claimed to be a long-missing Illinois child.

Brian Michael Rini, now 25, was initially sentenced earlier this year to two years behind bars. But the judge wanted to see results of a pre-sentencing investigation, likely including details of Rini’s mental and physical conditions, before officially entering his sentence. Court records show the deadline for the investigation was extended repeatedly during the pandemic. 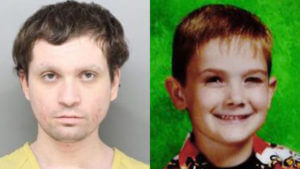 Rini, of Medina, Ohio, was arrested by FBI agents in April 2019. He pleaded guilty to aggravated identity theft.

Rini signed a court document admitting that he claimed he was Timmothy Pitzen, an Aurora, Illinois, boy who disappeared at age 6 in 2011.

Rini had shown up in northern Kentucky claiming to be Pitzen. He told authorities he had just escaped captors who sexually and physically abused him for years.

Confronted with DNA results proving he wasn’t Pitzen, Rini said he had watched a story about Timmothy on ABC’s “20/20” and wanted to get away from his own family, the FBI said.

Rini’s DNA was already on file because of his criminal record. He served time for burglary and vandalism.

He twice portrayed himself in Ohio as a juvenile victim of sex trafficking, and in each case was identified after being fingerprinted, authorities have said.