CHESTERFIELD COUNTY, Va. (WTVR) — A convicted sex offender turned himself in early Wednesday morning after the CBS 6 Problem Solvers were tipped off that the man had been helping the Thomas Dale High School varsity girls’ basketball team during recent games and practices.

Isaac T. Outten, 43, turned himself into law enforcement in Philadelphia, Pennsylvania at about 3:30 a.m., according to Virginia State Police. 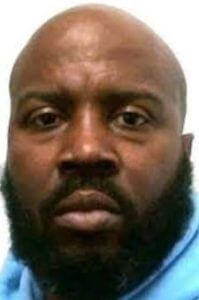 He is currently awaiting extradition.

Outten was wanted on one felony count of failure to register with the state’s sex offender and crimes against minors registry.

Police also planned to charge him with failing to register his car, which is another requirement of being a sex offender. Additional charges are pending, according to a state police spokeswoman.

Outten was convicted in 2017 of sexually assaulting three teenage girls at a residential youth treatment center in Philadelphia where he was a staff member.

According to the Philadelphia Inquirer, prosecutors said that Outten “lured the girls to the basement for sex and forced them to take naked photos of themselves with his iPhone.”

They said he even told a 15-year-old victim that he would give her money to buy milk and diapers for her baby.

He is currently registered as a sex offender in Pennsylvania, but that state’s sex offender registry listed him as homeless in Philadelphia.

The Problem Solvers confirmed his wife is an assistant coach at Thomas Dale and that Outten has been spotted near the bench during games.

He recently traveled with the team to a tournament in Tennessee where he helped during two team practices.

The Problem Solvers reached out to Virginia State Police and Chesterfield County Public Schools after being contacted by a concerned citizen.

In a statement to parents, Thomas Dale principal Dr. Anthony McLaurin said the school was working with state police, Chesterfield Police, and Chesterfield Child Protective Services. He also said Outten’s wife, Tanya, would no longer be an assistant coach for the team.

“I learned late [Monday] night that the spouse of an assistant girls’ basketball coach is a registered sex offender in another state. This came to light when the school division was contacted by a WTVR news reporter, and we immediately began an investigation,” McLaurin said in the statement. “I know this is troublesome information, and I want to be as transparent as possible about the situation. This is the information I have at this time.”

One of the charges Outten pleaded guilty to was statutory sexual assault.

While that charge carried a penalty of up to 20 years behind bars, it was unclear what Outten was ultimately sentenced to or if he served any prison time.

This story was originally published Jan. 4, 2023 by WTVR in Richmond, an E.W. Scripps Company.