MEMPHIS, Tenn. (AP) — Leaning into the camera, with both palms on her chin beneath a beaming smile, Eliza Fletcher invites students from St. Mary’s Episcopal School to join her in singing, “This Little Light of Mine.”

“This little light of mine, I’m gonna let it shine,” she sings in a high, gentle voice.

When the song ends, Fletcher leaves her students with a parting message: “Miss you, girls. You need to let the light shine at your house, and I will see you later!”

For those who did not know Fletcher, who police said was killed after being kidnapped during a pre-dawn run Friday, the video offers a glimpse at who she was.

For those who knew and loved her, the nearly 2-minute clip offers a fresh reminder of the light she brought to others routinely, even with a simple song posted on the internet. 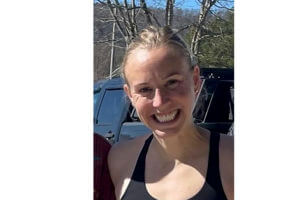 FILE – In this undated photo provided by the Memphis Police Department, 34-year-old Eliza Fletcher, of Memphis, Tenn., is shown. Police in Tennessee said Tuesday, Sept. 6, 2022, they found Fletcher’s body after she was abducted during a pre-dawn run, confirming fears that she was killed after she was forced into an SUV on Friday morning. Cleotha Abston has been charged with kidnapping and murder in the case. (Courtesy of Memphis Police Department via AP, File)

The senseless killing of the wife, mother of two, and 34-year-old kindergarten teacher has shocked the Memphis community and has led to a flood of support for her and her family. Police quickly identified a suspect and scoured several locations before they found her body. A church held a vigil to pray for her safe return. A large group of runners made plans to finish the run she was on when she was abducted about 4 a.m. near the University of Memphis.

“The outpouring of love and grief would have surprised Liza, who never thought or acted as if she were something special — though she certainly was,” said an obituary published by The Daily Memphian.

A judge revoked bond for a man charged with Fletcher’s kidnapping and killing Wednesday. Cleotha Henderson, who also has gone by the name Cleotha Abston, was arrested Saturday after police detected his DNA on a pair of sandals found near where Fletcher was last seen, an arrest affidavit showed.

The public defender representing Henderson, 38, has not commented publicly on specifics of the charges. Henderson previously served 20 years in prison for a kidnapping he committed at age 16.

The case will be closely followed by Fletcher’s loved ones as well as many who learned about her only after she was slain. 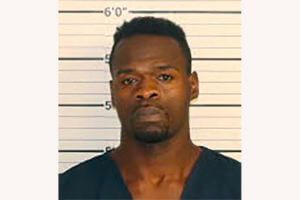 This booking photo provided by the Shelby County Sheriff’s Office, shows Cleotha Abston on Saturday, Sept. 3, 2022. The Memphis Police Department said Sunday, Sept. 4 that Abston has been charged with kidnapping and tampering with evidence in the disappearance of Eliza Fletcher, a Tennessee woman who was out jogging last week when she was accosted and forced into an SUV. (Shelby County Sheriff’s Office via AP)

A graduate of the well-respected Hutchison School in Memphis, Fletcher went on to earn a bachelor’s degree in exercise and sports science from Baylor in 2010, according to a tweet by the university.

Fletcher later got a teaching job at St. Mary’s, another Memphis private school, which released a statement calling her “a bright light in our community.”

“Liza embodied the song that we sing every week in Early Childhood chapel, ‘This little light of mine, I’m going to let it shine,’” the statement said.

The statement went on to quote a book read at the school, “The Boy, the Mole, the Fox and the Horse” by Charlie Mackesy: “‘We don’t know about tomorrow,’ said the horse, ‘all we need to know is that we love each other,’”

The obituary described Fletcher as a “born athlete” who enjoyed spending time outside with her family.

“They enjoyed outdoor adventures including boating, water sports, hiking, running, and biking,” the obituary said. “She was deeply admired by her family and friends for her passionate dedication to motherhood.”

On Saturday, as the search for Fletcher intensified and spread through several parts of Memphis, Second Presbyterian Church held a vigil with prayers for her safe return.

The church’s senior pastor, George Robertson, told The Commercial Appeal that Fletcher and her husband Ritchie “are both very active and great leaders in our congregation.”

“She and her husband are both just inspirations in the sense of their zest for life and love of running and athletics,” Robertson said.

Fletcher’s family has asked for privacy as they mourn, though they have released two statements since she went missing.

“We are heartbroken and devastated by this senseless loss. Liza was a such a joy to so many,” a statement released Wednesday said.

On Friday, a week after Fletcher went missing, a group plans to honor her with an early morning run. The “Let’s Finish Liza’s Run” event is expected to draw hundreds of runners in Memphis, and social media posts indicate runners in other cities plan to join in.

The run was created “to honor Liza and cope with our own feelings,” a Facebook post about the event said.

Organizers stressed the 8.2-mile (13.2-kilometer) run is not a fundraiser, but they asked participants to wear bright colors — and to carry a bright light with them.