Their move came as the volatile Spears case again boiled over in a Los Angeles County courtroom.

The hearing to settle lingering issues in the aftermath of Spears’ conservatorship, which was terminated in November, quickly descended into a series of angry accusations between attorneys for Spears and her father, and the case appears headed for a long trial to determine the truth of allegations of misconduct against him. 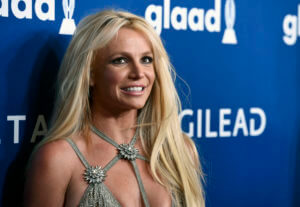 They most often involve people with developmental or intellectual disabilities or those with age-related issues like dementia or Alzheimer’s.

But the advocacy groups contend that conservatees like Spears can become trapped in a system that removes their civil rights and the ability to advocate for themselves.

The Professional Fiduciary Association of California, which represents many of those appointed as conservators, did not immediately comment, but said answers to many questions about the process can be found at https://californiaconservatorshipfacts.com

“Conservatorships should be rare, and the last resort,” said Judy Mark, president of Disability Voices United, a Southern California advocacy group. “The default should be that people with disabilities retain their rights and get support when they need it.”

The groups backed legislation by Democratic Assemblyman Brian Maienschein that will also make it easier to end conservatorships for people who want out.

They are promoting instead what are known as “supported decision-making” agreements as a less restrictive alternative. They allow people with disabilities to choose someone to help them understand, make and communicate their choices, but allow the person to still make the decision.

California law says conservatorships should only be ordered if a judge rules they are the least restrictive alternative. But the advocates contend they are often imposed without examining other options.

Maienschein’s bill would require that before granting a conservatorship, judges first document that all other alternatives including supported decision-making have been considered.

It would write supported decision-making into California law and back that alternative with grant programs, training and technical assistance.

The bill also would make it easier to end probate conservatorships by mandating a periodic review, including asking conservatees if they want to make the conservatorship less restrictive or end it entirely.

Conservators would also be required to consult with the conservatees and make decisions that reflect the conservatee’s wishes or previously expressed preferences. 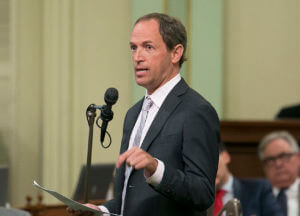 Before his election to the Legislature, Maienschein was a law clerk for a San Diego Superior Court judge who oversaw conservatorships.

“I saw firsthand the role that the court plays in establishing conservatorships, and the potential for abuse,” he said during an online news conference. “The system in California is in desperate need of reform.”

He called Spears “arguably the world’s most famous conservatee,” but said his bill would aid the many others who don’t have “the benefit of worldwide fame to shine a light on her case.”

Spears drew widespread attention to the issue, culminating in November when a Los Angeles judge ended the conservatorship that controlled the pop singer’s life and money for nearly 14 years.

But the fallout continued at Wednesday’s hearing, when Spears’ attorney Mathew Rosengart objected to Superior Court Judge Brenda Penny approving the many outstanding attorneys’ fees in the case until the trial is held.

Rosengart repeated allegations from a New York Times documentary that James Spears bugged his daughter’s phone and home, saying they were among many instances of “serious misconduct, potentially criminal misconduct, on the part of Mr. Spears.”

James Spears’ attorney Alex Weingarten said the accusations, along with allegations of financial misdealing, are “all nonsense.”

“Virtually everything that is alleged in those objections is either demonstrably false or out of context,” Weingarten said.

Weingarten plans to file a motion for a mass unsealing of documents from throughout the conservatorship, saying “we need that truth to come out.” Rosengart said he would object to this too.

Penny ordered the final transfer of Spears’ assets back to her from the court conservator, and ruled that the November order terminating the conservatorship be sealed. She told the attorneys to return to court in July, when she may decide to order the trial.

Britney Spears did not take part in the hearing.

“I believe that if AB1663 had been in effect 13 years ago, the court would have been unable to conserve Britney Spears, and now Britney’s story lights the way for where changes in our laws need to be made,” said Mark, of Disability Voices United.

Advocates said it is unclear how many people are under conservatorships in California because the data isn’t collected. They said Spears’ battle is an example of how conservatorships are too easily imposed and too difficult to end.

She was a 26-year-old new mother who’d had several public mental health struggles during the height of her career in 2008, when her father sought the conservatorship, at first on a temporary basis.

Spears was not present at the court hearing where her constitutional rights were assigned to her father, nor were less-restrictive measures attempted before putting her under a conservatorship, said Free Britney L.A. organizer Leanne Simmons.

It ended only after Spears engaged in a multiyear struggle, and after she won the right to pick her own attorney.

“While unique in many ways, it follows a very common pattern of exploitation within the probate court system here in California,” Simmons said.