DUNDALK, Md. (WMAR) — A man could get life in prison after a Baltimore County, Maryland jury convicted him of a 2019 murder.

It was three years ago Monday, when Melissa West was found shot multiple times outside her home. 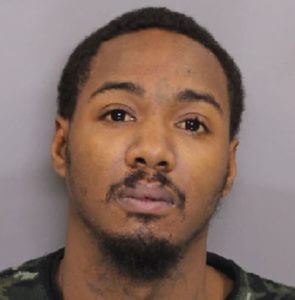 Baltimore County Police learned that prior to the shooting, she’d gotten into an argument with the driver of a Dodge SUV nearby.

That driver reportedly followed West home where he shot her in the chest and back, leaving her to die in the street.

Investigators used area surveillance footage to identify the SUV involved, which they believed was driven by 32-year-old Ricky Raheem Charles.

A witness later came forward, testifying that Charles acknowledged killing West and spitting on her face.

Police actually found saliva on West at the time of her murder. A DNA test came back with a match to Charles.

After his arrest, Charles admitted to being in the area at the time of the shooting.

Charles is scheduled to be sentenced on January 5, 2023.

This story was originally published Sept. 22, 2022 by WMAR in Baltimore, an E.W. Scripps Company.