Three women are suing the University of Vermont, saying the school failed to adequately respond after they reported they had been sexually assaulted while students on the Burlington campus.

The civil suit, which is seeking unspecified damages, says that after the three women were sexually assaulted a number of administrators and school staff showed “deliberate indifference to student-on-student harassment, sexual assault, and drugging.” 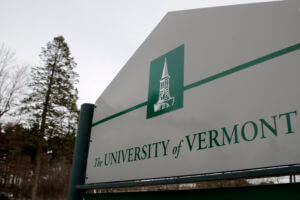 The school’s failure to properly respond created a “discriminatory and sexually hostile environment” in which female students faced heightened risk of sexual assault and those who were assaulted lacked any “meaningful avenue of redress.”

The three women who filed the suit in U.S. District Court in Burlington this week are named in the 81-page complaint lawsuit, but the Associated Press does not typically name people who say they have been sexually assaulted.

Two of the women are listed in the campus directory as students at UVM. There is no current record of the third individual.

The university said in a statement that it was sorry to learn of the individual situations the three women recounted in the lawsuit.

“We want all survivors to know that they are heard, supported, and respected,” the statement said. “We stand behind our strong procedures and protocols, and the support provided by the dedicated individuals who perform this work with the highest degree of professionalism, integrity, and care.”

According to the lawsuit, one of the women, who enrolled on a swimming scholarship in the fall of 2018, alleges that she was sexually assaulted by former UVM basketball star Anthony Lamb, who now plays for the NBA’s Golden State Warriors.

Lamb is not named as a defendant in the lawsuit and he has not been charged with a crime. Only one of the three women who filed suit makes allegations against Lamb.

The woman alleges that Lamb, with whom she had previously had a romantic relationship, assaulted her in his room in September 2019. She reported the incident and discussed it with various school officials, but came to feel the school was trying to protect Lamb.

“It was then that (the woman) began to feel the school was pressuring her to change her mind,” the suit says.

In a statement distributed by the Warriors, Lamb denied the allegations.

“The allegations made against me in 2019 that have recently resurfaced are patently false. I have always been fully cooperative regarding the alleged incident, and have welcomed any investigation into the matter,” Lamb said in the statement. “Simply put, I have never committed sexual assault.”

The team notes that Lamb is not a defendant in the lawsuit and, to the team’s knowledge, he has never been charged with any wrongdoing in any legal case.

“Prior to signing Anthony in September, we did our due diligence with the NBA and his prior teams, as we do with all players,” the statement says. “If any new information comes to light, we will certainly evaluate it and act accordingly.”

While the details of the cases were different, the other two women who filed the lawsuit describe similar instances in which they felt university officials failed to adequately protect them.