WASHINGTON (AP) — Members of the Supreme Court’s conservative majority are questioning the continued use of affirmative action in higher education in lengthy arguments Monday in which the justices are wrestling with difficult questions of race.

The justices scheduled at least an hour and forty minutes of arguments and were hearing from from six different lawyers in challenges to policies at the University of North Carolina and Harvard. Those policies consider race among many factors in evaluating applications for admission. 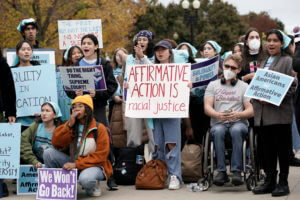 People rally outside the Supreme Court as the court begins to hear oral arguments in two cases that could decide the future of affirmative action in college admissions, Monday, Oct. 31, 2022, in Washington. (AP Photo/J. Scott Applewhite)

Following the overturning of the half-century precedent of Roe v. Wade in June, the cases offer a big new test of whether the court now dominated 6-3 by conservatives will move the law to the right on another of the nation’s most contentious cultural issues.

During arguments in the first of two cases, the court sounded split along ideological lines on the issue of affirmative action.

Justice Clarence Thomas, the court’s second Black justice who has a long record of opposition to affirmative action programs, noted he didn’t go to racially diverse schools. “I’ve heard the word ‘diversity’ quite a few times and I don’t have a clue what it means,” the conservative justice said at one point. At another point he said: “Tell me what the educational benefits are?”

Justice Amy Coney Barrett, another conservative, pointed to one of the court’s previous affirmative action cases and said it anticipated an end to the use of affirmative action, saying it was “dangerous, and it has to have an end point.” When, she asked, is that end point? 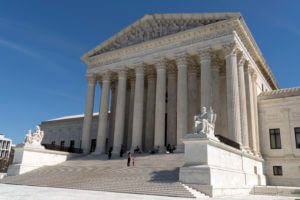 FILE – The U.S. Supreme Court is seen on March 18, 2022, in Washington. The future of affirmative action in higher education is on the table as the Supreme Court wades into the admissions programs at the nation’s oldest public and private universities. The justices are hearing arguments Monday, Oct. 31, in challenges to policies at the University of North Carolina and Harvard that consider race among many factors in evaluating applications for admission. (AP Photo/Jose Luis Magana, File)

Liberal justices, meanwhile, defended affirmative action policies. Justice Ketanji Brown Jackson, the court’s newest justice and its first Black female, said race was being used at the University of North Carolina as part of a broad review of applicants.

“They’re looking at the full person with all of these characteristics,” she said.

Justice Elena Kagan called universities the “pipelines to leadership in our society” and suggested that without affirmative action minority enrollment will drop.

“I thought part of what it meant to be an American and to believe in American pluralism is that actually our institutions, you know, are reflective of who we are as a people in all our variety,” she said.

The Supreme Court has twice upheld race-conscious college admissions programs in the past 19 years, including just six years ago.

But that was before the three appointees of former President Donald Trump joined. Jackson was chosen this year by President Joe Biden.

Lower courts upheld the programs at both UNC and Harvard, rejecting claims that the schools discriminated against white and Asian-American applicants. 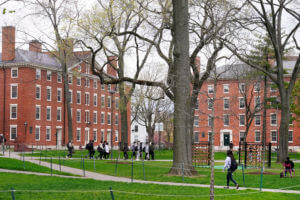 FILE – Students walk through Harvard Yard, April 27, 2022, on the campus of Harvard University in Cambridge, Mass. The future of affirmative action in higher education is on the table as the Supreme Court wades into the admissions programs at the nation’s oldest public and private universities. The justices are hearing arguments Monday, Oct. 31, in challenges to policies at the University of North Carolina and Harvard that consider race among many factors in evaluating applications for admission. (AP Photo/Charles Krupa, File)

The cases are brought by conservative activist Edward Blum, who also was behind an earlier affirmative action challenge against the University of Texas as well as the case that led the court in 2013 to end the use of a key provision of the landmark Voting Rights Act.

Blum formed Students for Fair Admissions, which filed the lawsuits against both schools in 2014.

The group argues that the Constitution forbids the use of race in college admissions and calls for overturning earlier Supreme Court decisions that said otherwise.

Colleges and universities can use other, race-neutral ways to assemble a diverse student body, including by focusing on socioeconomic status and eliminating the preference for children of alumni, Students for Fair Admissions argues.

The schools contend that they use race in a limited way, but that eliminating it as a factor altogether would make it much harder to achieve a student body that looks like America.

The Biden administration is urging the court to preserve race-conscious admissions. The Trump administration had taken the opposite position in earlier stages of the cases.

UNC says its freshman class is about 65% white, 22% Asian American, 10% Black and 10% Hispanic. The numbers add to more than 100% because some students report belonging to more than one category, a school spokesman said.

White students are just over 40% of Harvard’s freshman class, the school said. The class also is just under 28% Asian American, 14% Black and 12% Latino.

In 2020, California voters easily rejected a ballot measure to bring back affirmative action.

Public opinion on the topic varies depending on how the question is asked. A Gallup Poll from 2021 found 62% of Americans in favor of affirmative action programs for racial minorities. But in a Pew Research Center survey in March, 74% of Americans, including majorities of Black and Latino respondents, said race and ethnicity should not factor into college admissions.

Jackson and Chief Justice John Roberts received their undergraduate and law degrees from Harvard. Two other justices went to law school there.

But Jackson is sitting out the Harvard case because she was until recently a member of an advisory governing board.

A decision in the affirmative action cases is not expected before late spring. 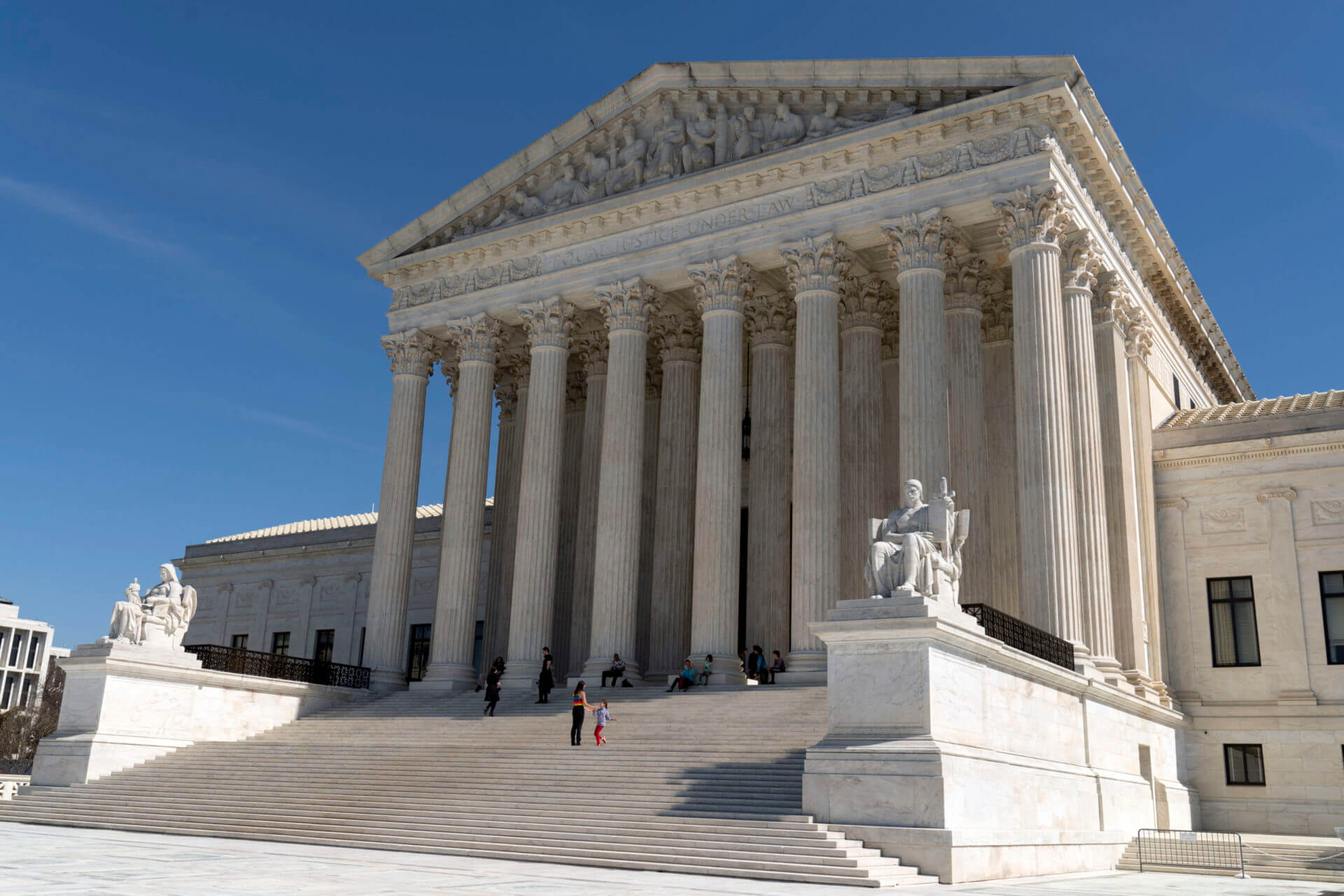 FILE - The U.S. Supreme Court is seen on March 18, 2022, in Washington. The future of affirmative action in higher education is on the table as the Supreme Court wades into the admissions programs at the nation's oldest public and private universities. The justices are hearing arguments Monday, Oct. 31, in challenges to policies at the University of North Carolina and Harvard that consider race among many factors in evaluating applications for admission. (AP Photo/Jose Luis Magana, File)
MORE NEWS