HILLSBOROUGH COUNTY, Fla. (WFTS) — For years, thousands of people in Florida who were survivors of rape were left in the dark about their assault, as more than 13,000 rape kits went untested.

Now, thanks to multiple organizations and a woman who went decades without learning anything about her abuser, lawmakers in Tallahassee on Wednesday enacted a 2021 law that grants survivors of sexual violence the ability to track their sexual assault kit and be notified if there’s a DNA match.

In 1988 Gardner was brutally assaulted by an intruder, and for the next three decades, she had to live with unanswered questions.

“I didn’t know what happened to my rape kit, and I’m looking over my shoulder for 30 years and afraid to sleep in the dark,” Gardner explained.

Gardner said she was never told anything about the status of her sexual assault evidence kit, and she wasn’t alone.

According to a report by the Florida Department of Law Enforcement, there were 13,435 untested kits in 2015. The department showed there were zero untested kits as of 2019, with new laws in place to help put the power back in the hands of survivors.

“The law that passed in 2021 created the program to create the database where survivors could get information about where their kit is in the system, and to make sure that those kits are being tracked appropriately,” Erin Earp, Interim Vice President for Public Policy and senior Legislative Policy Counsel RAINN, said.

Meanwhile, Gardner said she was relieved. 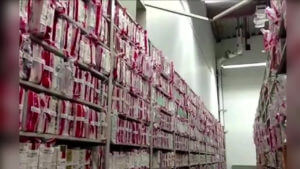 Lawmakers in Tallahassee on Wednesday enacted a 2021 law that grants survivors of sexual violence the ability to track their sexual assault kit and be notified if there’s a DNA match. (WFTS)

She said she’s still coping with trauma, and it wasn’t until about 10 years ago she started getting the help she needed to heal. Resources are constantly becoming easier to come by.

The Crisis Center of Tampa Bay is hoping to open a second location near Ruskin by this spring.

Right now, the tracking system is up and running in 41 counties, including Pinellas County. By this summer, it will be available statewide.

Healing can start for a lot of people,” Gardner said.

This story was originally published Jan. 18 by WFTS in Tampa Bay, an E.W. Scripps Company.