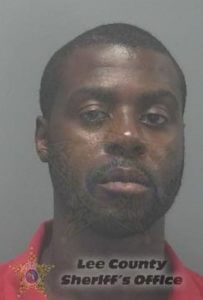 According to the Lee County Sheriff’s department, 36-year-old Edmond Clarke III, grabbed a pair of scissors and stabbed an identified victim in the neck more than 45 times. It happened at the Trading Post at Burnt Store Marina.

Lee County Sheriff Carmine Marceno said the victim was surprisingly still alive in the hospital. When reacting to the graphic video, Sheriff Marceno said it was “horrific.”

“It’s hard to watch: You see them fight, you see them struggle, you see them going through the countertops and as they are going through, things are falling,” Sheriff Marceno said. “The suspect drops the scissors, arms himself with a large knife and he just begins to stab him again.”

Someone who knows the two said that Clarke was a caregiver for the victim’s father for years. LCSO couldn’t confirm the exact relationship but Sheriff Marceno said that the two did know each other and described them as “acquaintances.”

“It’s an isolated incident,” Marceno stressed, “and I want the great residents of this county to know that Lee County deputies were all over it and now a very violent guy is behind bars and being charged on attempted murder charges.”

The Trading Post did decline to comment, but on their voicemail, they state that their staff is safe and they are temporarily closed. They also thanked the community for their prayers and support.

Clarke is being held without bond and his next court appearance is expected to be Oct. 24.

This story was originally published Set. 21, 2022 by WFTX in Fort Myers-Naples, an E.W. Scripps Company.