Police say 22-year-old Buk Mawut Buk was identified as the suspect and taken into custody in Draper.

Buk was arrested for aggravated murder, attempted murder and felony discharge of a firearm. Each is a first-degree felony. He also faces a charge of violating parole or probation. 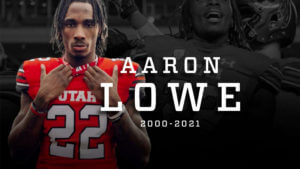 “This was a shooting that should have never happened,” said Salt Lake City Police Chief Mike Brown. “We have some answers today. I know there are still so many other questions that people want answers to.”

Lowe, a well-known football player at the University of Utah, was shot and killed outside a house party on Sept. 26 in the 2200 block of South Broadmoor Street in Sugar House.

Buk is also accused of shooting a 20-year-old woman who has not been identified by police and remains in the hospital in critical condition.

The woman who survived told investigators she believed he was trying to “finish them off.”

Members of the Salt Lake City Police Department, Detectives, Homicide Squad, SWAT, and Gang Unit, including the assistance of Draper and Layton Police Departments, contributed to this arrest.

Chief Brown gave credit to the public in helping lead investigators to the suspect.

“To those who submitted tips, photos and videos, thank you,” Brown said. “Because of your actions, your tips and the unrelenting pursuit of justice from our detectives, we have arrested the person accused of murdering Aaron Lowe.” 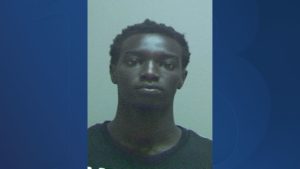 Buk has a criminal history that includes a guilty plea to a robbery charge. He also served time for giving false information to law enforcement. He is being held without bail at the Salt Lake County Jail.

As of Sunday evening, KTSU request for his booking photo was not returned. Under a state law passed this year, suspects’ mugshots are now “protected records,” meaning police can’t share them with the public or media unless that person is convicted, a judge orders their release, or if a suspect poses an “imminent threat” or is a wanted fugitive.

However, a mugshot from Buk’s arrest in a 2019 incident was found. According to the arrest report at the time, Buk assaulted police officers who were responding to a domestic dispute between him and his brother.

This story was originally published Oct. 3, 2021, by KTSU in Salt Lake City, an E.W. Scripps Company.