WALDORF, Md. (WMAR) — A southern Maryland man has been charged with starting a fire that killed his girlfriend’s 27-year-old daughter and 1-year-old granddaughter. 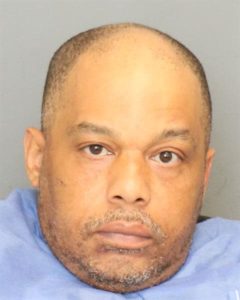 Investigators had originally found Rashawn Cline, 27, and her daughter, 1-year-old Dashawn Cline, dead inside a Waldorf, Maryland home at about 10:30 p.m. on March 31. Fire crews had been called to the house after reports of an altercation and a fire.

Fisher was arrested and charged April 7 with first-degree arson and murder.

The Sheriff’s Office says the victims were the daughter and grandchild of Fisher’s girlfriend, who lived at the house. Investigators determined the fire had been deliberately set. Fisher was also charged with assaulting another resident of the house, just before the fire.

Fisher is being held without bond at the Charles County Detention Center. The investigation is ongoing.

This story was originally published April 11, 2022, by WMAR in Baltimore, an E.W. Scripps Company.