HALF MOON BAY, Calif. (AP) — A farmworker accused of killing seven people in back-to-back shootings at two Northern California mushroom farms was charged Wednesday with seven counts of murder and one of attempted murder.

Chunli Zhao, 66, was set to make his first court appearance Wednesday but it was postponed until Feb. 16, San Mateo County District Attorney Steve Wagstaffe said. His two attorneys did not immediately respond to calls and emails seeking comment. 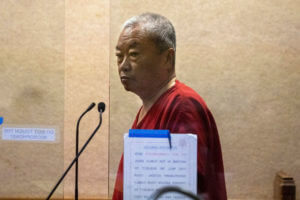 Wagstaffe, speaking outside the courthouse, declined to share any additional details on Zhao’s motive in the killing of his current and former coworkers, saying he wanted to keep the details out of the public eye to ensure a fair trial. Sheriff’s officials have said it was workplace violence.

It was California’s third mass shooting in eight days, and the largest in San Mateo County’s history, Wagstaffe said. It followed the killing of 11 in the Los Angeles area amid Lunar New Year celebrations Saturday.

The charges include additional allegations that could result in the death penalty or life in prison without parole, though Gov. Gavin Newsom has issued a moratorium on executions. Among those allegations are that Zhao used a gun, caused great bodily injury and killed multiple people.

The coroner’s office named six of the victims: Zhishen Liu, 73, of San Francisco; Marciano Martinez Jimenez, 50, of Moss Beach, California; Aixiang Zhang, 74, of San Francisco; Qizhong Cheng, 66, of Half Moon Bay; Jingzhi Lu, 64, of Half Moon Bay; and Yetao Bing, 43, whose hometown was unknown. The charging documents identify Jose Romero Perez as the other person killed and Pedro Romero Perez as the eighth victim, who survived the shooting. 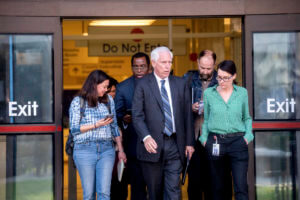 Officials have said some of the people killed were migrant workers. Some people were shot in trailers on the property, Wagstaffe said.

“He was a good person. He was polite and friendly with everyone. He never had any problems with anyone. I don’t understand why all this happened,” Martinez Jimenez said in Spanish.

It would not have been Zhao’s first fit of workplace rage, the San Francisco Chronicle reported. In 2013 Zhao was accused of threatening to split a coworker’s head open with a knife and separately tried to suffocate the man with a pillow, the Chronicle reported, based on court documents. 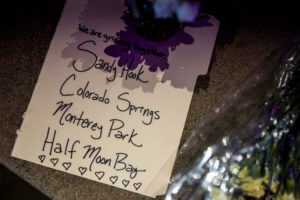 A note is seen at a makeshift memorial at Mac Dutra Park in response to a fatal mass shooting the day before, in Half Moon Bay, Calif., Tuesday, Jan. 24, 2023. The suspect, 66-year-old Chunli Zhao, was arrested in what investigators believe to be workplace violence. (Stephen Lam/San Francisco Chronicle via AP)

The two were roommates and worked at a restaurant, and the man, identified as Jingjiu Wang, filed a temporary restraining order against Zhao that was granted but is no longer in effect. Wang could not be immediately reached, the Chronicle reported.

Zhao is from China and has lived in the United States for at least a dozen years, Wagstaffe said. He had legal paperwork to live in the country at one time and investigators were determining whether it was still valid, Wagstaffe said. They were also looking into his prior contact with law enforcement.

The shootings broke out at California Terra Garden, previously known as Mountain Mushroom Farm, and nearby Concord Farms.

The majority of farmworkers in the area are Latinos but the Mountain Mushroom Farm was one of the few that employed Asian workers, said Belinda Hernandez, executive director of ALAS, a farmworker advocacy group based in Half Moon Bay. She said that mushroom farms offer the benefit of year-round work.

David Oates, a California Terra Garden spokesperson, said that he did not know how long Zhao worked there and that he was one of 35 employees who had stayed when ownership changed. He declined to comment further Wednesday, saying he would defer to law enforcement. And Aaron Tung, part owner of Concord Farms, did not respond Wednesday to a request for additional comment. 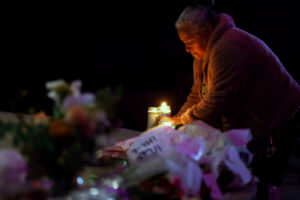 Merced Martinez places a candle at a memorial for victims of the mass shooting the day before in Half Moon Bay, Calif., Tuesday, Jan. 24, 2023. (Carlos Avila Gonzalez/San Francisco Chronicle via AP)

Half Moon Bay is a small, laid-back, coastal and agricultural city about 30 miles (50 kilometers) south of San Francisco. Its sweeping views of the Pacific Ocean make it a popular spot for hikers and tourists, who flock there to surf and for an annual giant pumpkin festival.

The new year has brought six mass killings in the U.S. in fewer than three weeks, accounting for 39 deaths. Three have struck California since Jan. 16, according to a database compiled by The Associated Press, USA Today and Northeastern University. The database tracks every mass killing — defined as four dead, not including the offender — in the U.S. since 2006.

The shootings in Half Moon Bay and Monterey Park followed the killing of a teenage mother, her baby and six others at a home in California’s Central Valley on Jan. 16. Officials discussing the investigation mentioned a possible gang link to the killings. 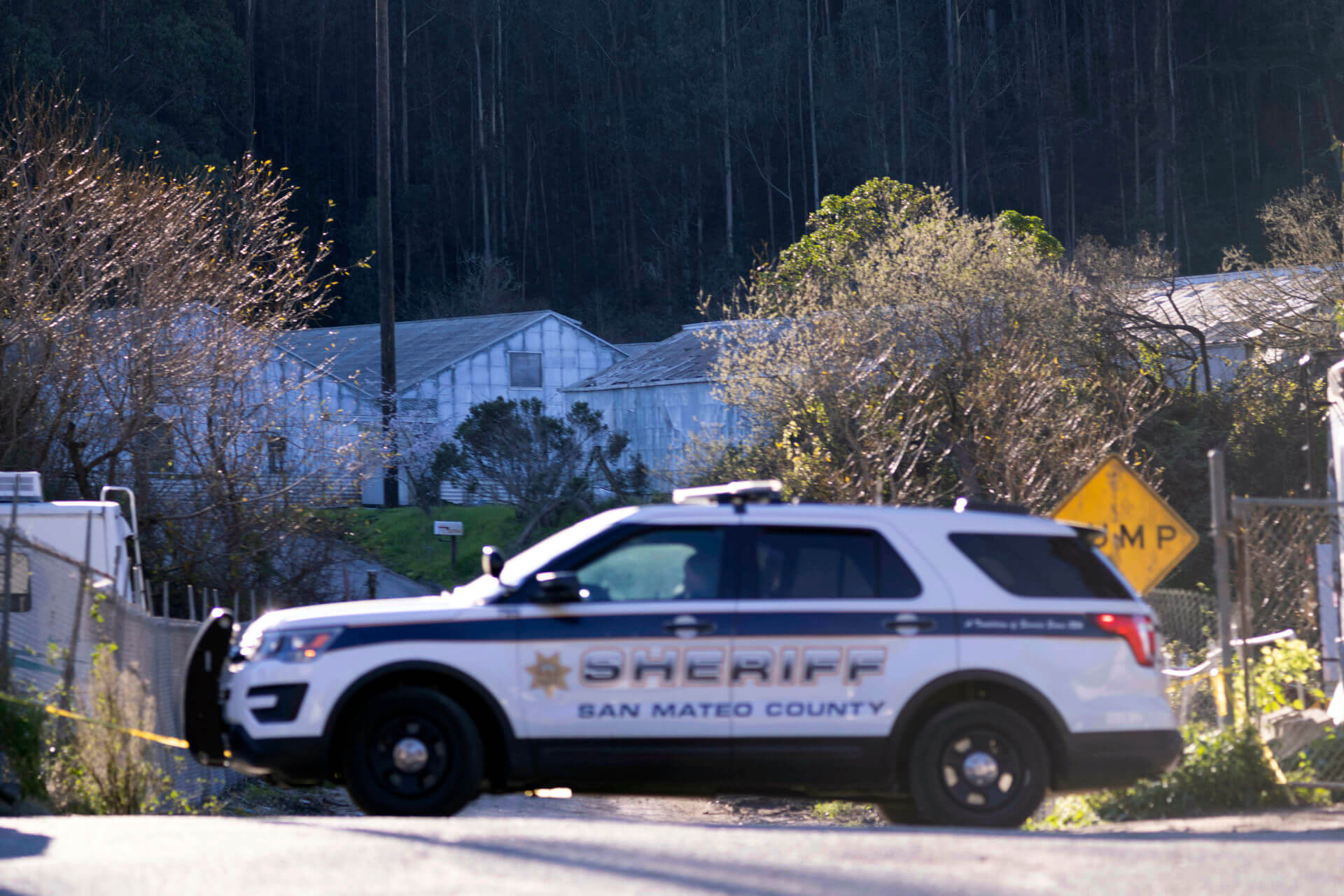