LAYTON, Utah (KSTU) — Layton, Utah Police and family members are asking the public for help in locating 16-year-old Natalee, who ran away from a treatment facility and is a survivor of human trafficking.

Police say there is no information that indicates foul play, but they are concerned for her safety.

In a statement from attorneys representing the family, they report Natalee has been missing since August 4 and was sent to a residential treatment center in Layton. They also say she was trafficked earlier in 2022. 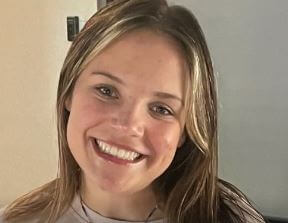 Natalee was lured out of the American Airlines Center in Dallas Texas while attending a Dallas Mavericks basketball game in April, attorneys said.

“[She was] ultimately trafficked to Oklahoma City, OK where she was forced into prostitution and repeatedly sold for sex,” attorneys said in a statement. “On April 18, 2022, she was recovered by the Oklahoma City Police Department.”

Her story was covered nationally as advocates and her family worked to locate her and raise awareness for human trafficking.

Natalee’s parents have kept their daughter’s recovery and identity as private as possible as she is a juvenile victim of sexual assault, however, they are now coming forward with her identity in hopes of locating her.

“On Thursday, August 4, 2022, while attending a residential treatment center in Layton, UT, Natalee suffered a triggering event related to recent trauma and fled the facility. Local police authorities were immediately notified and are actively searching for her,” a statement from attorneys reads in part.

Natalee’s parents also issued a statement, pleading with the public to keep an eye out for their daughter.

“I’m worried about her,” said Natalee’s mother in a statement. “She has been through so much, I just want her to be found safely. I love her with all my heart and will not give up looking for her until she is found.” Natalee’s father added, “I’m asking for people to help us look for her. Be aware of your surroundings, look around and see if you notice her, even the smallest clue or piece of information may be helpful to the authorities.”

This story was originally published August 9, 2022 by KSTU in Salt Lake City, an E.W. Scripps Company.