LORTON, Va. (AP) — The body of a 72-year-old Virginia woman who had been missing for weeks has been found, and a tenant of the woman’s has been charged with murder in her death, police announced Saturday.

Sayrs, 25, has been charged with second-degree murder and felony concealment of a body, police said in a news release. 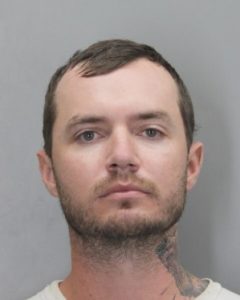 He was being held without bond, police said. It wasn’t immediately clear if he had an attorney who could comment on his behalf.

Sayrs Jr. was a tenant at Lu’s Lorton home at the time of her disappearance, police said in the news release.

At the news conference, officials did not offer a motive for the slaying and declined to say how Lu was killed, The Washington Post reported.

The investigation into Lu’s disappearance began after she failed to show up for work June 4, according to police. She had last been seen at a grocery store a day earlier.

Lu had been a longtime resident of Fairfax County, according to the newspaper.