TOMBALL, Texas (KRHD) — A Texas mother has been arrested for the death of her 5-year-old daughter who was allegedly cut and stabbed at a park. 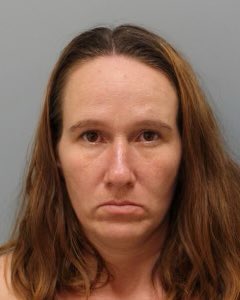 “The child was unresponsive,” said Harris County Sheriff Ed Gonzalez. “The child had what appeared to be a laceration and possible ligature marks on the child’s neck.”

The child was pronounced dead at the hospital, according to the sheriff’s office.

The sheriff’s office said it accepted a charge of capital murder against Towne and she was booked into Harris County Jail.

Arrest update: on 10/16/22, Melissa White Towne (37) drove to a hospital emergency room. Towne’s 5-yr-old daughter was found partially wrapped in plastic and mesh bags, in Towne’s Jeep Cherokee. The child was unresponsive. The child had what appeared to be a laceration and 1/2 https://t.co/g9vw5n4Dnn pic.twitter.com/gvWMKH5Bit

This story was originally published  Oct. 17 by KRHD in Bryan-College Station, Texas, an E.W. Scripps Company.