AUSTIN, Texas (AP) — As public pressure mounts for more information on the deadly Uvalde school shooting, some are concerned that Texas officials will use a legal loophole to block records from being released — even to the victims’ families — once the case is closed.

Since the May 24 shooting at a Texas elementary school that left 19 kids and two teachers dead, law enforcement officials have provided little or conflicting information, sometimes withdrawing statements hours after making them. State police have said some accounts were preliminary and may change as more witnesses are interviewed. 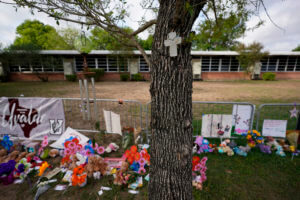 FILE – A cross hangs on a tree at Robb Elementary School on June 3, 2022, in Uvalde, Texas, where a memorial has been created to honor the victims killed in the recent school shooting. Two teachers and 19 students were killed. As public pressure mounts for more information on the deadly Uvalde school shooting, some are concerned that Texas officials will use a legal loophole to block records from being released — even to the victims’ families — once the case is closed.(AP Photo/Eric Gay, File)

A number of questions remain unanswered by authorities: Why did police take more than an hour to enter the classroom and confront the gunman? What do their body cameras show? How did law enforcement officers communicate with one another and the victims during the attack? What happened when dozens of officers gathered outside the classroom, yet refrained from pursuing the shooter?

Officials have declined to release more details, citing the investigation. In a letter received Thursday by The Associated Press and other media outlets, a law firm representing the City of Uvalde asked for the Texas attorney general’s office to rule on records requested in relation to the shooting, citing 52 legal areas — including the section containing the loophole — that they believe exempt the records from being released. Amid the growing silence, lawyers and advocates for the victim’s families are beginning to fear they may never get the answers, that authorities will close the case and rely on the exception to the Texas Public Information law to block the release of any further information.

“They could make that decision; they shouldn’t have that choice,” said Democratic state Rep. Joe Moody of El Paso, who since 2017 has led several efforts to amend the loophole. “To understand what our government is doing should not be that difficult — and right now it is very difficult.”

The law’s exception protects information from being released in crimes for which no one has been convicted. The Texas Attorney General’s Office has ruled that it applies when a suspect is dead. Salvador Ramos, the 18-year-old man who police say was responsible for the mass killing at Robb Elementary School, was fatally shot by law enforcement.

The loophole was created in the 1990s to protect those wrongfully accused or whose cases were dismissed, according to Kelley Shannon, executive director of the Freedom of Information Foundation of Texas. “It is meant to protect the innocent,” Shannon said. But she said that in some cases “it is being used and misused in a way that was never intended.”

Following the shooting, Texas House of Representatives Speaker Dade Phelan, a Republican, took to Twitter to voice his continued support for closing the loophole during the Texas Legislature’s next session, which begins in January 2023.

“More than anything, the families of the Uvalde victims need honest answers and transparency,” Phelan tweeted. He said it would be “absolutely unconscionable” to deny information based on the “dead suspect loophole.”

Charley Wilkison, executive director of the Combined Law Enforcement Associations of Texas, said the organization was opposed and “will always be opposed” to a loophole amendment proposed in previous years that he said would have allowed the release of records pertaining to law enforcement officers, even those falsely accused of wrongdoing. He said that would negatively affect the officers’ ability to keep working. But Wilkison said he would be willing to participate in future discussions in an attempt to find a middle ground.

Public focus in the Uvalde shooting has been on school district police Chief Pete Arredondo. Steven McCraw, head of the Texas Department of Public Safety, said recently that Arredondo believed the active shooting had turned into a hostage situation, and that he made the “wrong decision” to not order officers to breach the classroom more quickly to confront the gunman.

Arredondo has not responded to requests for comment from The Associated Press. In an interview with The Texas Tribune published Thursday, however, he said he did not consider himself in charge of the law enforcement response and assumed someone else had taken control.

The New York Times reported Thursday that it obtained documents showing police waited for protective equipment as they delayed entering the campus, even as they became aware that some victims needed medical treatment.

If efforts to amend the public information loophole fail and law enforcement continues to refuse to release information, families could turn to any involved federal agencies. In one case in Mesquite, Texas, the parents of an 18-year-old who died after being arrested received records from federal authorities showing that police had used more force against their son than they had originally understood. The police had refused to turn over any information under the legal loophole.

“If someone dies in police custody, this is when we would want to open all of our records,” the father, Robert Dyer, said as he testified before the legislature in 2019 in favor of amending the legal exception.

Mayra Guillen said she and her family were stymied by the state loophole when they tried to get details on a case involving her sister Vanessa Guillen. Authorities say the 20-year-old soldier was killed at a Texas military base by fellow soldier Aaron Robinson, who then disposed of her body.

Military officials and law enforcement said Robinson pulled a gun and shot himself as police were trying to make contact with him. But local police wouldn’t allow Vanessa Guillen’s family to view the officers’ body camera footage of the confrontation because the suspect hadn’t been convicted, Mayra Guillen said.

“We were honestly just trying to receive closure and see if what was being said was true,” Guillen said. “It is only right to have these records be public to some extent. It is so hard to tell whether there will be justice or not.” 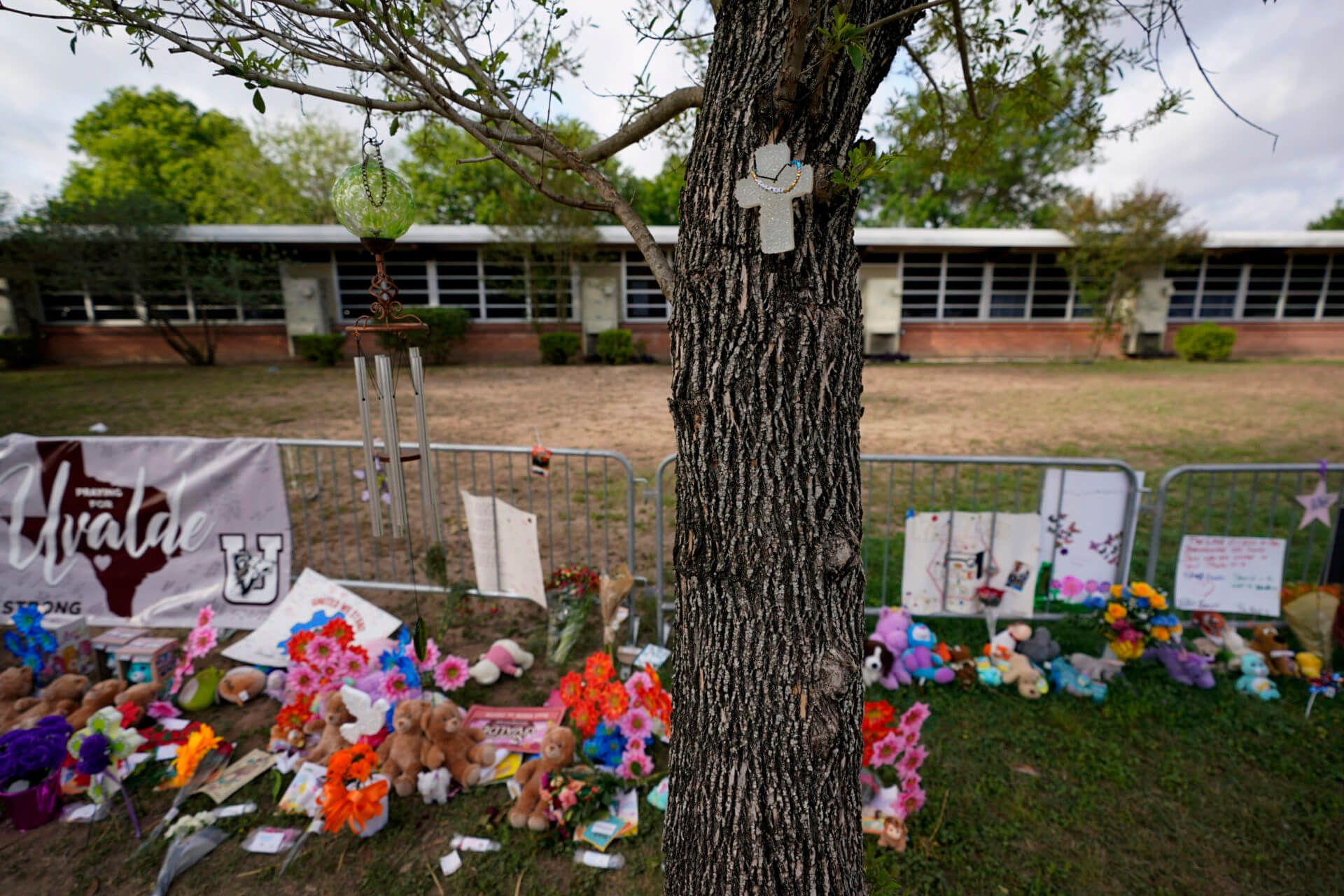 FILE - A cross hangs on a tree at Robb Elementary School on June 3, 2022, in Uvalde, Texas, where a memorial has been created to honor the victims killed in the recent school shooting. Two teachers and 19 students were killed. As public pressure mounts for more information on the deadly Uvalde school shooting, some are concerned that Texas officials will use a legal loophole to block records from being released — even to the victims' families — once the case is closed.(AP Photo/Eric Gay, File)
MORE NEWS