As it stands today, there are accusers young and old, from coast to coast, and even some who hail from overseas. Yet where did it all begin? Who was the first to point the finger at one of Hollywood’s Royalty and in essence exclaim – ‘You violated me.’ 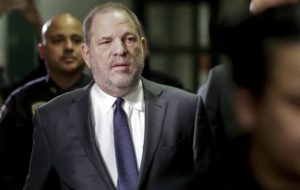 Harvey Weinstein is set to stand trial in a New York City courtroom on September 9, 2019, for sexual assault crimes against two women. However the accusations against him come from dozens of women, 87 to be precise. The allegations range from harassment to groping, to rape in varying degrees. There are both civil and criminal investigations, state and federal, and one ongoing probe in London.

The woman who started this ball rolling, the woman who gave the dozens courage to come forward, will not be part of the charged crimes in the New York trial, but her accusations stem from that exact city, county, and prosecutor’s office.

In March of 2015, then 22-year-old fashion model Ambra Battilana Gutierrez, who did not give her name at the time, claimed Weinstein groped her after a meeting at the Tribeca Film Center.

Gutierrez immediately went to the police to file a complaint. Her allegations include that Weinstein groped her breasts, asked if they were real and attempted to put his hand up her skirt at his Manhattan office.

After reporting the complaint, investigators from the NYPD’s Special Victims Unit equipped Gutierrez with a hidden microphone before she confronted Weinstein the next day at the Tribeca Grand Hotel.

Here is the full transcript of the conversation between Weinstein and Gutierrez on March 27, 2015:

Weinstein: I’m telling you right now, get in here.

Gutierrez: What do we have to do here?

Weinstein: Nothing. I’m going to take a shower, you sit there and have a drink.

Weinstein: Then have a glass of water.

Gutierrez: Can I stay on the bar?

Weinstein: No. You must come here now.

Gutierrez: No, I don’t want to.

Weinstein: I’m not doing anything with you, I promise. Now you’re embarrassing me.

Weinstein: No, come in here.

Gutierrez: No, yesterday was kind of aggressive for me.

Gutierrez: I need to know a person to be touched.

Weinstein: I won’t do a thing.

Gutierrez: I don’t want to be touched.

Weinstein: I won’t do a thing, please. I swear I won’t. Just sit with me. Don’t embarrass me in the hotel. I’m here all the time. Sit with me, I promise —

Gutierrez: I know, but I don’t want to.

Weinstein: Please sit there. Please. One minute, I ask you.

Weinstein: Go to the bathroom.

Weinstein: Go to the bathroom — Hey, come here. Listen to me —

Gutierrez: I want to go downstairs.

Weinstein: I won’t do anything, and you’ll never see me again after this. OK? That’s it. If you don’t – if you embarrass me in this hotel where I’m staying —

Gutierrez: I’m not embarrassing you —

Weinstein: Honey, don’t have a fight with me in the hallway.

Gutierrez: It’s not nothing, it’s —

Weinstein: Please. I’m not gonna do anything. I swear on my children. Please come in. On everything. I’m a famous guy.

Weinstein: Please come in. And one minute. And if you wanna leave when the guy comes with my jacket, you can go.

Gutierrez: Why yesterday you touch my breast?

Weinstein: Oh, please. I’m sorry. Just come on in. I’m used to that.

Gutierrez: You’re used to that?

Gutierrez: No, but I’m not used to that.

Weinstein: I won’t do it again. Come on, sit here. Sit here for a minute, please?

Gutierrez: No, I don’t want to.

Weinstein: If you do this now you will [unintelligible]. Now go. Bye. Never call me again. OK? I’m sorry, nice to have — I promise you I won’t do anything.

Gutierrez: I know, but yesterday was too much for me.

Weinstein: The guy is coming. I will never do another thing to you. Five minutes. Don’t ruin your friendship with me for five minutes.

Gutierrez: No, but I wanna leave.

Two weeks after that exchange, Manhattan District Attorney Cyrus Vance declined to press charges, as reported by the New Yorker.

At the time of Gutierrez’s allegations against Weinstein, a prior sexual allegation claim came to light. She had previously reported Italian prime minister Silvio Berlusconi to police after claiming to witness his lewd behavior at one of his parties.

She attended, what she believed to be, one of his “elegant soirées” when she was 18 years old. Then she was interviewed by Italian authorities about Berlusconi who was being investigated for paying a minor for sex. 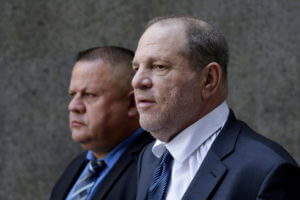 He was subsequently acquitted of that charge.

On November 21, 2017, Ronan Farrow reported in The New Yorker that on April 20, 2015, the Italian/Filipino fashion model signed an agreement to never speak publicly about the incident involving Weinstein groping her breasts in exchange for a million-dollar payment from Weinstein. However, English was not her primary language.

She told Farrow, “I didn’t even understand almost what I was doing with all those papers…I was really disoriented. My English was very bad. All of the words in that agreement were super difficult to understand. I guess even now I can’t really comprehend everything.”

Although Gutierrez had a lawyer present when signing the agreement, she told Farrow, “The moment I did it, I really felt it was wrong.” 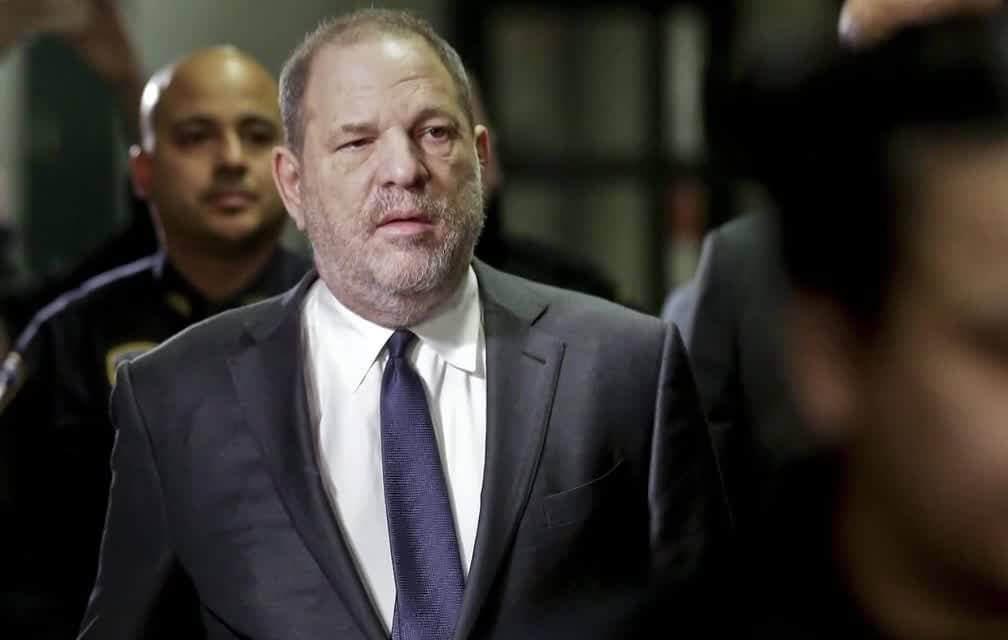