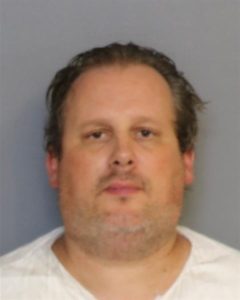 ORLANDO, Fla. (AP) — A physical therapist charged with killing his wife, three children and dog in a home near Walt Disney World and leaving their bodies there for days was being investigated in Connecticut for health care fraud motivated by his need to pay off personal loans, according to court documents unsealed this week.

Anthony Todt was being investigated for submitting fraudulent claims for physical therapy by the FBI and agents with the U.S. Department of Health and Human Services, according to an affidavit and criminal complaint unsealed Wednesday in federal court in Connecticut.

According to agents, the allegations involved Todt and his Colchester, Connecticut-base clinics submitting claims to Medicaid and private insurers for physical therapy services that weren’t given to patients.

The federal court docket showed no attorney listed for Todt.

Todt, 42, was charged Wednesday with the deaths of his wife, Megan, and their three children ranging in ages from 4 to 13. The suspect had confessed to the slayings and was cooperating with detectives, according to Osceola County Sheriff Russ Gibson.

Gibson would not say how the wife and children died, stating he would wait until the coroner released results. He said they appeared to have been killed in late December in a rental home that was sold last year for $650,000 in the affluent town of Celebration, near Walt Disney World.

Todt was being held on the premeditated murder charges in jail with no bond.

Court records in Osceola County show the landlord of their five-bedroom home was seeking their eviction, saying they owed him more than $5,000. They were paying a monthly rent of more than $4,900. 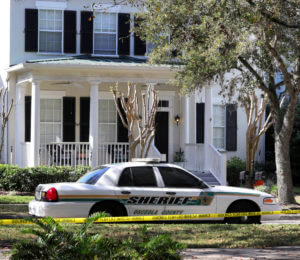 An Osceola County Sheriff’s Office patrol car is posted outside a home in Celebration, an affluent community, Wednesday, Jan. 15, 2020, in Kissimmee, Fla. Authorities in Florida have charged a physical therapist with killing his wife, their three young children and a dog in the affluent suburb near Walt Disney World. The bodies were discovered Monday in the rental home that sold last April. (Joe Burbank/Orlando Sentinel via AP)

The sheriff said Todt was working at his practice in Connecticut during the week and would come back to Florida on weekends to be with his family.

Online records in state court in New York showed Todt and his businesses were facing debts to creditors.

Todt and his businesses were on the hook for more than $63,000 in one case and more than $36,000 in another case from two judgments issued last year in Ontario County, New York, the records show.

The affidavit showed that agents in Connecticut obtained search warrants for Todt’s clinics in late November, and agents interviewed Todt during the warrants’ execution. Todt first denied submitting bills for services he hadn’t rendered, but he later admitted to the scheme, according to the affidavit.

Todt told the agents he was submitting the false bills to keep pace with personal loans he had taken out, the affidavit said.

“When asked if he was living above his means, Todt replied, ‘That’s the best way to put it,'” the affidavit said.

After interviewing him, agents told Todt to have his attorney get in touch with them, but they never heard back from Todt. Unable to reach him for several weeks, the agents contacted relatives in Connecticut earlier this month, and they too told the agents they had been unable to reach Todt or his family.

One relative said she was worried about Todt’s state of mind and had asked deputies in Florida to do a well-being check on the home in Celebration in late December. Deputies made the check but didn’t see anything suspicious.

The bodies were found Monday when the federal agents and deputies went to the house in Celebration to serve an arrest warrant.