BONNE TERRE, Mo. (AP) — A Missouri inmate was put to death Tuesday for a 2003 killing, in what is believed to be the first execution of a transgender woman in the U.S.

Amber McLaughlin, 49, was convicted of stalking and killing a former girlfriend, then dumping the body near the Mississippi River in St. Louis. McLaughlin’s fate was sealed earlier Tuesday when Republican Gov. Mike Parson declined a clemency request.

RELATED: Transgender woman’s scheduled execution would be US first

McLaughlin spoke quietly with a spiritual adviser at her side as the fatal dose of pentobarbital was injected. McLaughlin breathed heavily a couple of times, then shut her eyes. She was pronounced dead a few minutes later. 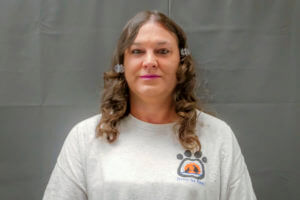 “I am sorry for what I did,” McLaughlin said in a final, written, statement. “I am a loving and caring person.”

A database on the website for the anti-execution Death Penalty Information Center shows that 1,558 people have been executed since the death penalty was reinstated in the mid-1970s. All but 17 of those put to death were men. The center said there are no known previous cases of an openly transgender inmate being executed. McLaughlin began transitioning about three years ago at the state prison in Potosi.

The clemency petition cited McLaughlin’s traumatic childhood and mental health issues, which the jury never heard during her trial. A foster parent rubbed feces in her face when she was a toddler and her adoptive father used a stun gun on her, according to the petition. It cited severe depression that resulted in multiple suicide attempts, both as a child and as an adult.

The petition also included reports citing a diagnosis of gender dysphoria, a condition that causes anguish and other symptoms as a result of a disparity between a person’s gender identity and their assigned sex at birth. But McLaughlin’s sexual identity was “not the main focus” of the clemency request, her attorney, Larry Komp, said.

In 2003, long before transitioning, McLaughlin was in a relationship with Beverly Guenther. After they stopped dating, McLaughlin would show up at the suburban St. Louis office where the 45-year-old Guenther worked, sometimes hiding inside the building, according to court records. Guenther obtained a restraining order, and police officers occasionally escorted her to her car after work.

Guenther’s neighbors called police the night of Nov. 20, 2003, when she failed to return home. Officers went to the office building, where they found a broken knife handle near her car and a trail of blood. A day later, McLaughlin led police to a location near the Mississippi River in St. Louis, where the body had been dumped. Authorities said she had been raped and stabbed repeatedly with a steak knife. 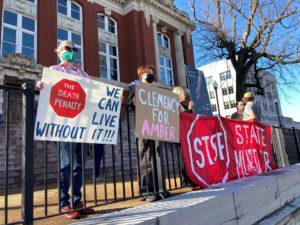 Sue Gibson, left, of Jefferson City, and Jay Castilow, of Columbia, hold signs along with others outside the Missouri Supreme Court building while protesting the execution of Amber McLaughlin on Tuesday, Jan. 3, 2023, in Jefferson City, Mo. McLaughlin was convicted of killing Beverly Guenther in 2003. (AP Photo/David A. Lieb)

McLaughlin was convicted of first-degree murder in 2006. A judge sentenced McLaughlin to death after a jury deadlocked on the sentence. Komp said Missouri and Indiana are the only states that allow a judge to sentence someone to death.

A court in 2016 ordered a new sentencing hearing, but a federal appeals court panel reinstated the death penalty in 2021.

“McLaughlin terrorized Ms. Guenther in the final years of her life, but we hope her family and loved ones may finally have some peace,” Parson said in a written statement after the execution.

McLaughlin began transitioning about three years ago, according to Jessica Hicklin, who spent 26 years in prison for a drug-related killing before being released a year ago. Hicklin, now 43, sued the Missouri Department of Corrections, challenging a policy that prohibited hormone therapy for inmates who weren’t receiving it before being incarcerated. She won the lawsuit in 2018 and became a mentor to other transgender inmates, including McLaughlin. McLaughlin did not receive hormone treatments, however, Komp said.

Hicklin described McLaughlin as a painfully shy person who came out of her shell after she decided to transition.

“She always had a smile and a dad joke,” Hicklin said. “If you ever talked to her, it was always with the dad jokes.”

The Bureau of Justice Statistics has estimated there are 3,200 transgender inmates in the nation’s prisons and jails. Perhaps the best-known case of a transgender prisoner seeking treatment was that of Chelsea Manning, the former Army intelligence analyst who served seven years in federal prison for leaking government documents to Wikileaks until President Barack Obama commuted the sentence in 2017. The Army agreed to pay for hormone treatments for Manning in 2015. 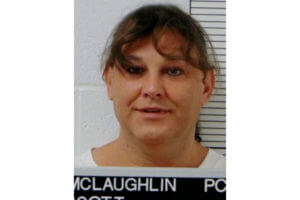 FILE – This photo provided by the Missouri Department of Corrections shows Amber McLaughlin. Unless Missouri Gov. Mike Parson grants clemency, McLaughlin will become the first transgender woman executed in the U.S. She is scheduled to die by injection Tuesday, Jan 3, 2022, for stabbing to death a former girlfriend, Beverly Guenther, in 2003. (Missouri Department of Corrections via AP, File)

In 2015, the U.S. Department of Justice wrote in a court filing that state prison officials must treat an inmate’s gender identity condition just as they would treat other medical or mental health conditions, regardless of when the diagnosis occurred.

The only woman ever executed in Missouri was Bonnie B. Heady, put to death on Dec. 18, 1953, for kidnapping and killing a 6-year-old boy. Heady was executed in the gas chamber, side by side with the other kidnapper and killer, Carl Austin Hall.

Nationally, 18 people were executed in 2022, including two in Missouri. Kevin Johnson was put to death in November for the ambush killing of a Kirkwood, Missouri, police officer. Carman Deck was executed in May for killing James and Zelma Long during a robbery at their home in De Soto, Missouri.

Another Missouri inmate, Leonard Taylor, is scheduled to die Feb. 7 for killing his girlfriend and her three young children.