DALLAS (AP) — The trial began Monday for a man who is charged with killing 18 older women in Dallas and its suburbs over a two-year span.

Billy Chemirmir, 48, is being tried in Dallas in one of the deaths. He faces life in prison without parole if convicted of capital murder in the death of 81-year-old Lu Thi Harris. Prosecutors decided not to seek the death penalty. His attorney entered a not guilty plea for him Monday on the charge. 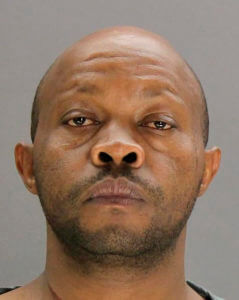 FILE – This undated photo provided by the Dallas County, Texas, Sheriff’s Office shows Billy Chemirmir. Chemirmir is scheduled to go on trial, Monday, Nov. 15, 2021, in the deaths of one of 18 women he’s accused of killing in Texas over a two-year span. (Dallas County Sheriff’s Office via AP, File)

“This is a case about stalking, smothering and stealing,” prosecutor Glen Fitzmartin told the jury in his opening statement.

The defense did not make an opening statement.

Chemirmir was arrested in March 2018 after 91-year-old Mary Annis Bartel survived an attack by a man who forced his way into her apartment at a senior living community in Plano. The man told her “don’t fight me” as he tried to smother her with a pillow and left with jewelry.

When police tracked Chemirmir to his nearby apartment the next day, he was holding jewelry and cash. A jewelry box police say he had just thrown away led them to a Dallas home, where Harris was dead in her bedroom, lipstick smeared on her pillow.

Bartel died about two years after the attack — at the age of 92, but jurors on Monday began hearing a taped deposition from her.

In opening statements, Fitzmartin said that earlier that day, Harris and Chemirmir had been checking out at the same time at a Walmart store.

After his arrest, authorities announced they would review hundreds of deaths, signaling the possibility that a serial killer had been stalking older people. Over the following years, the number of people Chemirmir was accused of killing grew.

Fitzmartin said jurors would also be hearing about the killing of 87-year-old Mary Brooks, who was found dead in her Richardson home in January 2018. Chemirmir has been charged in her death.

He said that Brooks’ death had originally been called a natural death, but after an investigation following the arrest of Chemirmir, the medical examiner changed the cause of death to homicide.

Fitzmartin said that the day before Brooks was found dead, she was at a Walmart, the same Walmart that Harris was at before her death later in the year. Fitzmartin said that a vehicle model known to be driven by Chemirmir was parked next to Brooks’ vehicle.

“He follows her out of there, follows her to her house, kills her, steals from her,” Fitzmartin said.

Chemirmir’s attorney has called the evidence against Chemirmir circumstantial.