BOSTON (AP) — A decorated former water polo coach at the University of Southern California went on trial Thursday for his alleged role in the sprawling college admissions bribery scandal.

Opening statements were underway in Boston federal court in the case against Jovan Vavic, the only coach of the many implicated to challenge his charges in court. 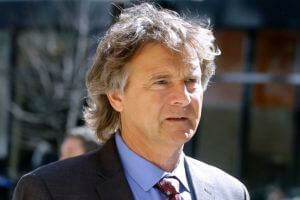 Prosecutors say the 60-year-old coach, who guided USC’s men’s and women’s water polo teams to 16 national championships, faked the athletic credentials of two college applicants and designated them recruits to his teams, which won them admission to the exclusive Los Angeles school.

He’s also accused of helping recruit other coaches into the scheme, which involved wealthy parents paying bribes to have their children admitted into elite schools using rigged test scores or bogus athletic accomplishments.

Vavic’s lawyers, in legal filings ahead of the trial, said their client “did not agree or intend to accept any bribe.”

They say the $250,000 from the college admissions consultant at the center of the scheme was deposited directly into a USC account and the alleged tuition payments for Vavic’s sons “do not meet the federal definition of a ‘bribe’ or ‘kickback’.”

The lawyers also argue Vavic and other USC coaches were pressured to fundraise for their teams by the university, which they say has a culture of giving preferential admission to the children of prospective donors.

USC, which fired Vavic following his arrest in March 2019, stressed in a statement Thursday that the university and its “admissions processes are not on trial” and that prosecutors have accused Vavic of “falsely presenting” the college applicants to university administrators as student-athletes.

Vavic faces charges of fraud and conspiracy to commit bribery. Jury selection was completed earlier this week, and his trial is expected to last about four weeks.

Most athletic officials and parents implicated in the scheme have already pleaded guilty to a range of crimes, including prominent coaches from Yale, Stanford and Georgetown. A number of parents have already completed their prison sentences, including Full House star Lori Loughlin, her fashion designer husband Mossimo Giannulli and Desperate Housewives star Felicity Huffman.

In all, nearly 60 people were charged in the investigation dubbed by authorities as “Operation Varsity Blues.” Only two others besides Vavic have gone to trial.