TULSA, Okla. (AP) — A Tulsa man pleaded guilty Tuesday to allowing his young daughter and son to die of heat exposure in his pickup truck while he slept after using cocaine.

Dustin Dennis, 32, pleaded guilty to child neglect in federal court in Tulsa for the June 2020 deaths of Tegan Dennis, 4, and Ryan Dennis, 3. 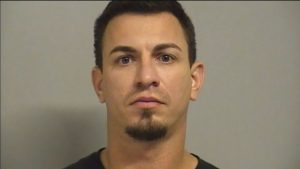 “While caring for my children … I got high on cocaine,” Dennis said in a signed plea agreement. “After staying up most of the night playing video games and getting high, I fell asleep and left (them) unsupervised.”

Dennis was charged in state court with second-degree murder. The charges were dropped after the U.S. Supreme Court ruled in July 2020 that Oklahoma lacks authority in criminal cases when the defendants or victims are American Indian and the crime occurs on Indian land.

The children were Cherokee Nation citizens and died within the boundaries of the Muscogee Nation.

Dennis faces three to six years in prison when sentenced on Nov. 10.