ANNAPOLIS (WMAR) — Police have arrested two people in connection to the 2017 murder of a Maryland mother of two.

Megan Tilman’s father told WMAR-TV that William Rice and Christina Stallings were arrested in Arizona. The two were roommates of Tilman when she disappeared. 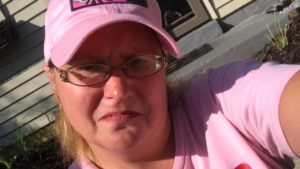 Tilman was reported missing in Nov. 2017. It had been weeks since anyone had heard from her. When she didn’t show up for a custody battle for her youngest child, her family’s suspicion went up.

Remains found a month earlier in Shady Side were ultimately identified as those of Tilman, who lived in Annapolis.

In 2019, Anne Arundel County Police Sgt. Jacklyn Davis said, “We recovered [Megan’s] body in October of 2017, but she actually wasn’t reported missing to another jurisdiction until November of that year. So when we first found her, we were going to go through all the missing persons, not just locally, but nationally. Obviously, nothing fit the bill because she hadn’t been reported yet.”

This is a developing story.

WMAR in Baltimore is an E.W. Scripps Company.