LONDON (AP) — A British judge on Wednesday denied bail to WikiLeaks’ founder Julian Assange, ordering him to remain in a high-security prison while U.K. courts decide whether he will be sent to the United States to face espionage charges. 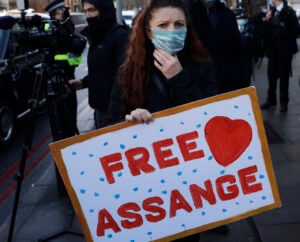 A Julian Assange supporter reacts outside the Westminster Magistrates Court after Julian Assange was denied bail at a hearing in the court in London, Wednesday, Jan. 6, 2021. On Monday Judge Vanessa Baraitser ruled that Julian Assange cannot be extradited to the US. because of concerns about his mental health. Assange had been charged under the US’s 1917 Espionage Act for “unlawfully obtaining and disclosing classified documents related to the national defence”. Assange remains in custody. (AP Photo/Matt Dunham)

District Judge Vanessa Baraitser said Assange must remain in prison while the courts consider an appeal by U.S. authorities against her decision not to extradite him.

The judge said Assange “has an incentive to abscond” and there is a good chance he would fail to return to court if freed.

On Monday, Baraitser rejected an American request to send Assange to the U.S. to face spying charges over WikiLeaks’ publication of secret military documents a decade ago. She denied extradition on health grounds, saying the 49-year-old Australian was likely to kill himself if held under harsh U.S. prison conditions.

Wednesday’s bail ruling means Assange must remain in London’s high-security Belmarsh Prison where he has been held since he was arrested in April 2019 for skipping bail during a separate legal battle seven years earlier.

Assange’s partner, Stella Moris, said the decision was “a huge disappointment.” WikiLeaks spokesman Kristinn Hrafnsson said “it is inhumane. It is illogical.”

Lawyers for the U.S. government have appealed the decision not to extradite Assange, and the case will be heard by Britain’s Hugh Court at an unspecified date.

Clair Dobbin, a British lawyer acting for the U.S., said Assange had shown he would go “to almost any length” to avoid extradition, and it was likely he would flee if granted bail.

She noted that Assange had spent seven years inside Ecuadorian Embassy in London after seeking refuge there from a Swedish extradition request in 2012.

Dobbin said Assange had the “resources, abilities and sheer wherewithal” to evade justice once again, and noted that Mexico has said it will offer him asylum.

“Mr. Assange has every reason to stay in this jurisdiction where he has the protection of the rule of law and this court’s decision,” he said. 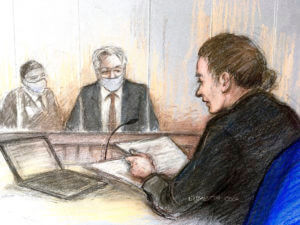 Court artist sketch by Elizabeth Cook showing Julian Assange, centre, appearing at Westminster Magistrates’ Court where the WikiLeaks founder was refused bail, in London, Wednesday Jan. 6, 2021. The United States authorities are appealing against a recent court decision to block the extradition of Assange, and WikiLeaks said Wednesday the denial of bail would be appealed. (Elizabeth Cook/PA via AP)

Fitzgerald said Assange would be safer awaiting the outcome of the judicial process at home with Moris and their two young sons — fathered while he was in the embassy — than in prison, where there is “a very grave crisis of COVID.”

But the judge ruled that Assange still had a strong motive to flee.

“As far as Mr. Assange is concerned this case has not yet been won,” she said. “Mr. Assange still has an incentive to abscond from these as yet unresolved proceedings.”

U.S. prosecutors have indicted Assange on 17 espionage charges and one charge of computer misuse over WikiLeaks’ publication of thousands of leaked military and diplomatic documents. The charges carry a maximum sentence of 175 years in prison.

Lawyers for Assange argue that he was acting as a journalist and is entitled to First Amendment protections of freedom of speech for publishing documents that exposed U.S. military wrongdoing in Iraq and Afghanistan.

The judge rejected that argument in her extradition ruling, saying Assange’s actions, if proven, would amount to offenses “that would not be protected by his right to freedom of speech.” She also said the U.S. judicial system would give him a fair trial.

But the judge agreed that U.S. prison conditions would be oppressive, saying there was a “real risk” he would be sent to the Administrative Maximum Facility in Florence, Colorado. It is the highest security prison in the U.S., also holding Unabomber Theodore Kaczynski and Mexican drug lord Joaquin “El Chapo” Guzman. 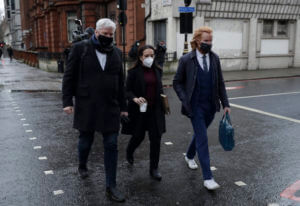 “I am satisfied that, in these harsh conditions, Mr. Assange’s mental health would deteriorate, causing him to commit suicide,” she said in her ruling.

Assange’s legal troubles began in 2010, when he was arrested in London at the request of Sweden, which wanted to question him about allegations of rape and sexual assault made by two women. In 2012, Assange jumped bail and sought refuge inside the Ecuadorian Embassy, where he was beyond the reach of U.K. and Swedish authorities — but also effectively was a prisoner in the tiny diplomatic mission.

The relationship between Assange and his hosts eventually soured, and he was evicted from the embassy in April 2019. British police immediately arrested him for breaching bail in 2012.

Sweden dropped the sex crimes investigations in November 2019 because so much time had elapsed, but Assange has remained in prison throughout his extradition hearing. 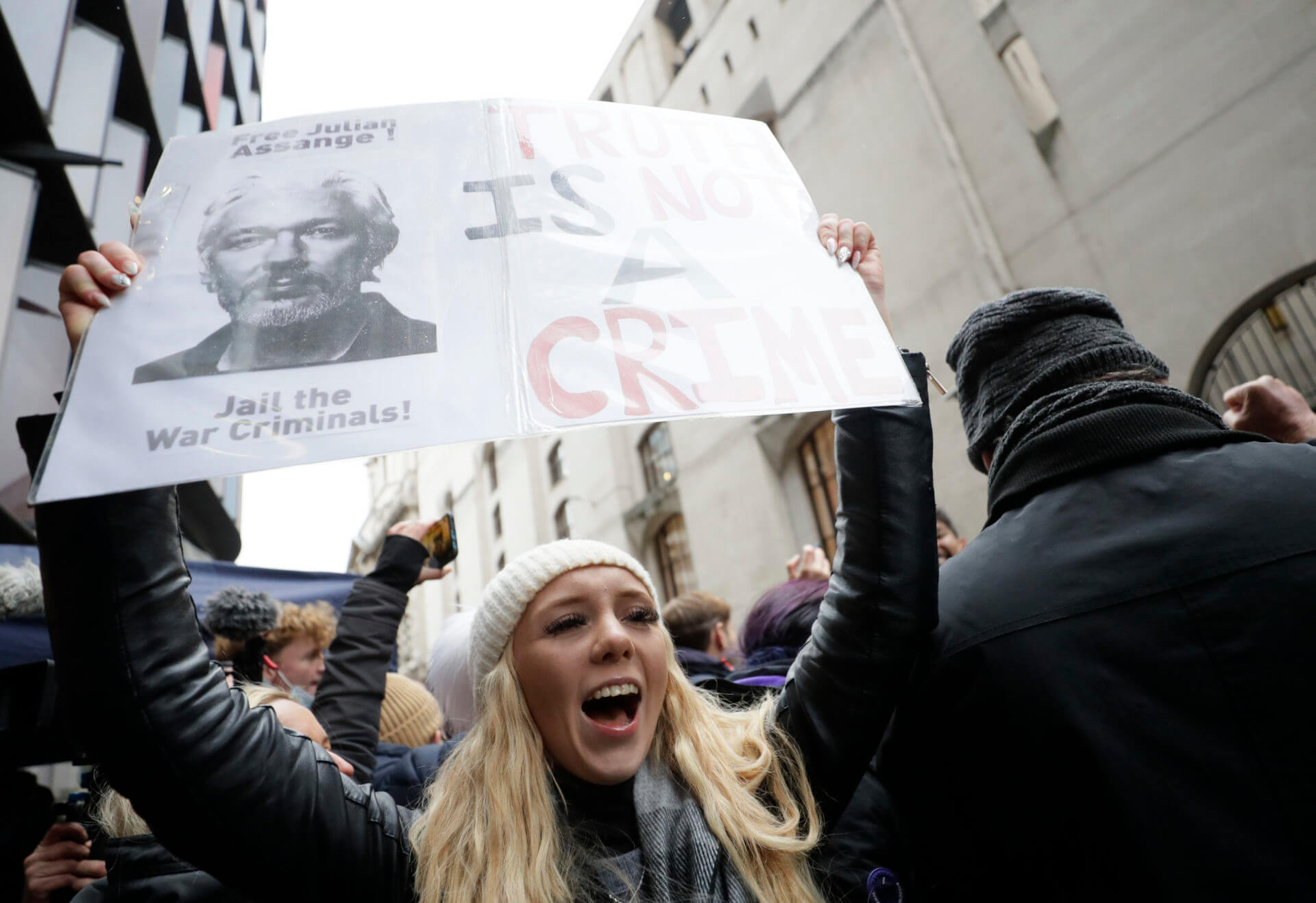 A Julian Assange supporter reacts to the ruling that Assange will not be extradited to the US. outside the Old Bailey in London, Monday, Jan. 4, 2021. Judge Vanessa Baraitser has ruled that Julian Assange cannot be extradited to the US. because of concerns about his mental health. Assange had been charged under the US's 1917 Espionage Act for "unlawfully obtaining and disclosing classified documents related to the national defence".(AP Photo/Kirsty Wigglesworth)
MORE NEWS