ATLANTA (AP) — Authorities in Virginia have arrested a man accused of fatally shooting a 7-year-old girl who was riding in a car with her family after a day of Christmas shopping in Atlanta.

Kennedy Maxie was hit by a stray bullet Dec. 21 near the popular Phipps Plaza mall in Atlanta’s Buckhead neighborhood. She died the day after Christmas. 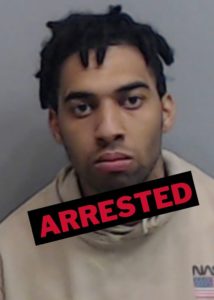 Suspect Daquan Reed has been arrested in Hampton, Virginia, and is in the process of being extradited to Atlanta for the murder of 7-year-old Kennedy Maxie. APD wishes to acknowledge our Investigators, the Fugitive Team, the U.S. Marshals Office, and all persons involved in helping make this arrest possible. (Photo: Atlanta Police Department)

Investigators said the shooting stemmed from a fight between Reed and other men in a mall parking lot. When the argument ended, Reed left in a car, “and in a senseless act of rage, discharged a firearm out that window,” Atlanta homicide detective Lt. Pete Malecki previously told The Atlanta Journal-Constitution. At least three shots were fired, and one entered the car Kennedy was riding in, Malecki said.

Reed is awaiting extradition back to Atlanta. It was unknown if he has an attorney who could speak on his behalf.

Last year marked the deadliest year the city has had in more than two decades. There were more than 150 homicides in the city in 2020.