District Attorney Chesa Boudin said he became aware of the “opaque practice” last week after prosecutors found a report among hundreds of pages of evidence in the case against a woman recently charged with a felony property crime. The papers referred to a DNA sample collected from the woman during a 2016 rape investigation. 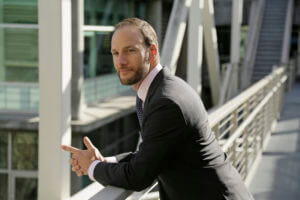 Boudin read from the report Tuesday at a news conference and said he could not share it because of privacy concerns, but his office allowed the San Francisco Chronicle to review the documents. The newspaper said the woman was tied to a burglary in late 2021 during “a routine search” of a San Francisco Police Department crime lab database. The match came from DNA gathered from the same laboratory listed in a report on the sexual assault, The Chronicle reported.

Boudin said someone at the crime lab told his office the practice was a standard procedure. According to Rachel Marshall, Boudin’s spokeswoman, that person was crime lab Director Mark Powell.

Powell did not respond Wednesday to an email from The Associated Press seeking comment.

A spokesman declined to comment Wednesday on when the results of the investigation can be expected. He said Scott would likely address the allegations later Wednesday during a Police Commission meeting.

There are strict government regulations surrounding DNA collection and analysis on the state and federal level, yet dozens of local police departments around the U.S. have amassed their own DNA databases to track criminals, AP found in 2017.

It’s not clear whether that’s what occurred in the San Francisco crime lab, or if it’s what Boudin was referring to as a common practice.

“These databases work in the background with very little regulation and very little light,” said Jason Kreag, a law professor at the University of Arizona who has studied forensic DNA issues. “It doesn’t surprise me, and I wouldn’t think this is the only instance where it actually happened.”

California law allows local law enforcement crime labs to operate their own forensic databases that are separate from federal and state databases. The law also lets municipal labs perform forensic analysis, including DNA profiling, using those databases — without regulation by the state or others.

Kreag said there could be other instances where someone’s DNA is collected for a specific purpose and then run through a database. For example, homeowners could submit their DNA in a burglary case to exclude them, but later that DNA could be linked to another crime.

“Would the district attorney have come out so forcefully” in a case like that? Kreag asked. He said he has not heard of such a case involving a sexual assault victim’s DNA.

Several other law enforcement agencies in California and elsewhere around the U.S. pushed back against Boudin’s assertion that it was a common practice.

New York Police Department Detective Sophia Mason said the agency “does not enter victims’ DNA profiles into databases or use them in unrelated investigations.”

Los Angeles Police Chief Michel Moore said: “Certainly the department does not do that.”

District attorneys in San Mateo, Santa Clara and Sacramento counties also swatted down the suggestion, as did representatives from San Diego police, the Los Angeles County Sheriff’s Department crime lab and others.

In Oakland, law enforcement uses sexual assault victim DNA only “in the context of the case for which the evidence was submitted, not to investigate other cases.”

“As far as I know, it’s not a widespread practice,” said Ilse Knecht, director of policy and advocacy at the Joyful Heart Foundation, which assists survivors of sexual assault, domestic violence and child abuse.

Knecht and others fear the effect on sexual assault victims, many of whom are already reluctant to report their experiences to law enforcement. Experts say only a third of sexual assaults are reported to authorities.

The possibility — however remote — that an accuser’s DNA could be used against them could throw up additional barriers.

“I think anybody can understand how survivors would be fearful of reporting after hearing this story,” Knecht said.

Nelson Bunn, executive director of the National District Attorneys Association, said he did not personally know of crime labs using DNA in such a manner. Rape-kit DNA should only be used in sexual assault investigations, he said.

“Otherwise, trust would be eroded,” he said, citing “a detrimental effect on justice for victims of sexual assault.”

Boudin’s news conferences did not occur in a political vacuum. The progressive prosecutor faces a recall election in June and has been publicly feuding with local law enforcement.

The clash between his office and the police department intensified this month after the start of a trial against Terrance Stangel, a former police officer facing battery and assault charges for beating a man with a baton in 2019. It’s the first excessive-force case against an on-duty San Francisco police officer to go to trial.

Earlier this month, Scott ended an agreement to cooperate in the district attorney’s investigations of police shootings, in-custody deaths and uses of force resulting in serious injury because of concerns over the office’s impartiality.

Boudin has denied violating the agreement, and the two have since pledged to renegotiate it with help of the state attorney general and San Francisco’s mayor and city attorney.