Arresting documents state a female student told officials that on “multiple occasions” Green would stand behind her and make her touch him inappropriately. 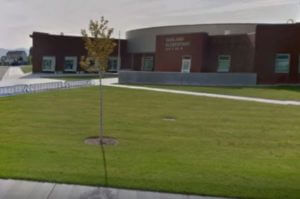 During the investigation, arrest documents state, a second female reported that Green had touched her inappropriately.

The second female, a former student, told officials that Green touched her inappropriately “on multiple occasions.”

In an email to parents from the Box Elder School District, school leaders said they received a report of employee misconduct by Green on September 9 and he was immediately placed on administrative leave.

“For the past five weeks, Mr. Green has remained on administrative leave while BESD cooperated with the investigation held by Tremonton/Garland Police Department,” school district leaders said in the email. “As a result of the confirmation of improper conduct by the Police Department, BESD administration terminated employment of the teacher involved.”

In the absence of Green, a replacement teacher was hired and will stay with the school through the end of the academic year, the email explained.

School district officials asked that if parents become aware of additional information in the case, they report it to the Tremonton/Garland Police Department by calling 435-257-7577 or 435-257-3131.

Green was arrested and is being held without bail.

This story was originally published Oct. 18, 2022 by KSTU in Salt Lake City, an E.W. Scripps Company.