FORT MYERS, Fla. (WFTX) — A Florida mother found guilty of starving her 18-month-old son to death will not be getting a new trial.

A judge denied Sheila O’Leary’s request in a Lee County courtroom on Monday. 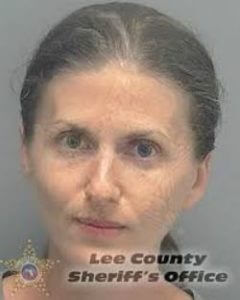 O’Leary was found guilty on six charges including first-degree murder, aggravated child abuse, aggravated manslaughter, and two counts of child abuse after the death of her son Ezra O’Leary.

O’Leary’s sentencing hearing was delayed last month by the Judge because the Department of Corrections needed more time to complete the order.

Her attorney told the judge that he did not receive the paperwork until five minutes before entering court today.

The state did not object to pushing back the sentencing.

She is expected to be back in court on Aug. 26 for sentencing.

After court Monday, the judge told WFTX he did not have much to say other than that he “made his ruling.”

This story was originally published Aug. 15 by WFTX in Fort Myers-Naples, an E.W. Scripps Company.