The order, filed by Christopher and Roberta Laundrie, would have prevented Gabby Petito’s parents, Nichole Schmidt and Joseph Petito, from asking certain questions about the circumstances regarding the final days of Brian Laundrie’s life, his interaction with his parents, and the thoughts and feelings experienced by the Laundries after their son’s suicide.

The Laundie family attorney, Matt Luka, argued such questioning would cause added embarrassment, oppression, expense, annoyance and undue burden to a family already suffering from the tragic situation. 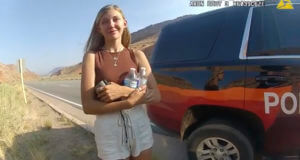 FILE – This police camera video provided by The Moab Police Department shows Gabrielle “Gabby” Petito talking to a police officer after police pulled over the van she was traveling in with her boyfriend, Brian Laundrie, near the entrance to Arches National Park on Aug. 12, 2021. Teton County Coroner Brent Blue is scheduled to announce the findings of Petito’s autopsy at a news conference early Tuesday, Oct. 12. (The Moab Police Department via AP)

The Petito’s attorney, Patrick Reilly, countered by explaining that the answers to this line of questioning is the information needed to decide their case.

In their lawsuit, Petito’s family claims the Laundries knew their son murdered Gabby “on or about” Aug. 28 in Wyoming, but didn’t tell detectives, refused to help the investigation and went on vacation. The suit also claims Brian Laundrie’s parents tried to help their son flee, withheld information from the police and the defendant’s silence caused “intentional infliction of emotional distress.”

Judge Hunter W. Carrol denied the motion, saying there has been no prior misconduct by the plaintiffs (Gabby’s parents) and that other than media scrutiny in this case, which is no fault of either party in this case. Judge Carrol explained the proposed limitation is “overly narrow and would preclude directly related evidence.”

Luka made one last effort, asking for a court appointed expert to oversee the deposition, but the judge didn’t go for it. Judge Carrol commended both attorneys, saying “Yes, there’s media here, but at the end of the day, you are both lawyers. You know how to conduct yourselves. You know the rules. And so, I trust both of you.”

Pending any further filings, a jury trial is set to begin in August 2023.

Gabby went missing last summer while on a road trip with her fiance Brian. Police say Brian returned to the couple’s North Port, Fla. home, where his parents also live, on Sept. 1. 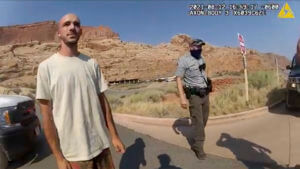 On Sept. 6. the Laundrie family went to a campground about 75 miles away from their home, according to county officials.

On Sept. 11, Petito’s family reported her missing after not being able to get in touch with her. North Port authorities went to the Laundrie’s home that night and asked to speak to Brian and his family, but were rebuffed.

Gabby’s remains were found on Sept. 18 in a national park in Wyoming.

After a 30-day search for Brian, his body was found at Florida’s Carlton Reserve on Oct. 20. Investigators say he killed himself and left a note that said he also killed Petito.

The FBI concluded that Laundrie strangled Petito during their cross-country trip and that Laundrie died of a self-inflicted gunshot wound to the head.