WARREN, Mich. (AP) — A 24-year-old white man accused of firing shots into the home of a Black suburban Detroit family who put a Black Lives Matter sign in their front window asked for forgiveness during a court hearing Thursday.

Michael Frederick Jr. made the remarks after being given a moment to speak about bond. He was appearing by video in Warren District Court for arraignment on charges including ethnic intimidation.

Frederick told Judge Michael Chupa that he wanted Eddie and Candace Hall to forgive him and that he acted out-of-character.

“This wasn’t about the color of anyone’s skin,” he added.

Chupa told him a couple of times not to discuss the case. The judge entered not guilty pleas on behalf of Frederick for each count and set his bond at $200,000. Frederick requested a court-appointed lawyer. 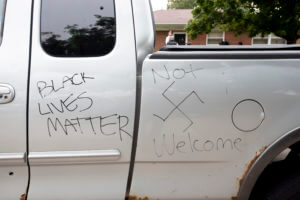 Graffiti with racial threats can be seen on a truck belonging to Eddie Hall Jr. and his wife Candace in front of their Warren, Mich., home on Thursday, Sept. 10, 2020.  (David Guralnick/Detroit News via AP)

A court conference was set for Oct. 13 and Frederick’s preliminary examination is scheduled for Oct. 20.

On Sept. 7, shots were fired at the Halls’ home in Warren. Two days later, someone painted a swastika on one of their vehicles, slashed the tires and threw a large stone through their front window. Outside, they discovered the swastika and found that someone had written “terrorist Black Lives Matter,” “not welcome” and a phrase containing an expletive on their pickup truck.

The following day, someone fired a bullet through the Halls’ front window and police found six shell casings outside the house.

A neighbor’s home surveillance video showed a masked and hooded man carrying what appears to be a handgun outside the Halls’ home. Frederick, who lives in the Halls’ neighborhood, was arrested Tuesday and confessed, Warren Police Commissioner Bill Dwyer told reporters Wednesday. 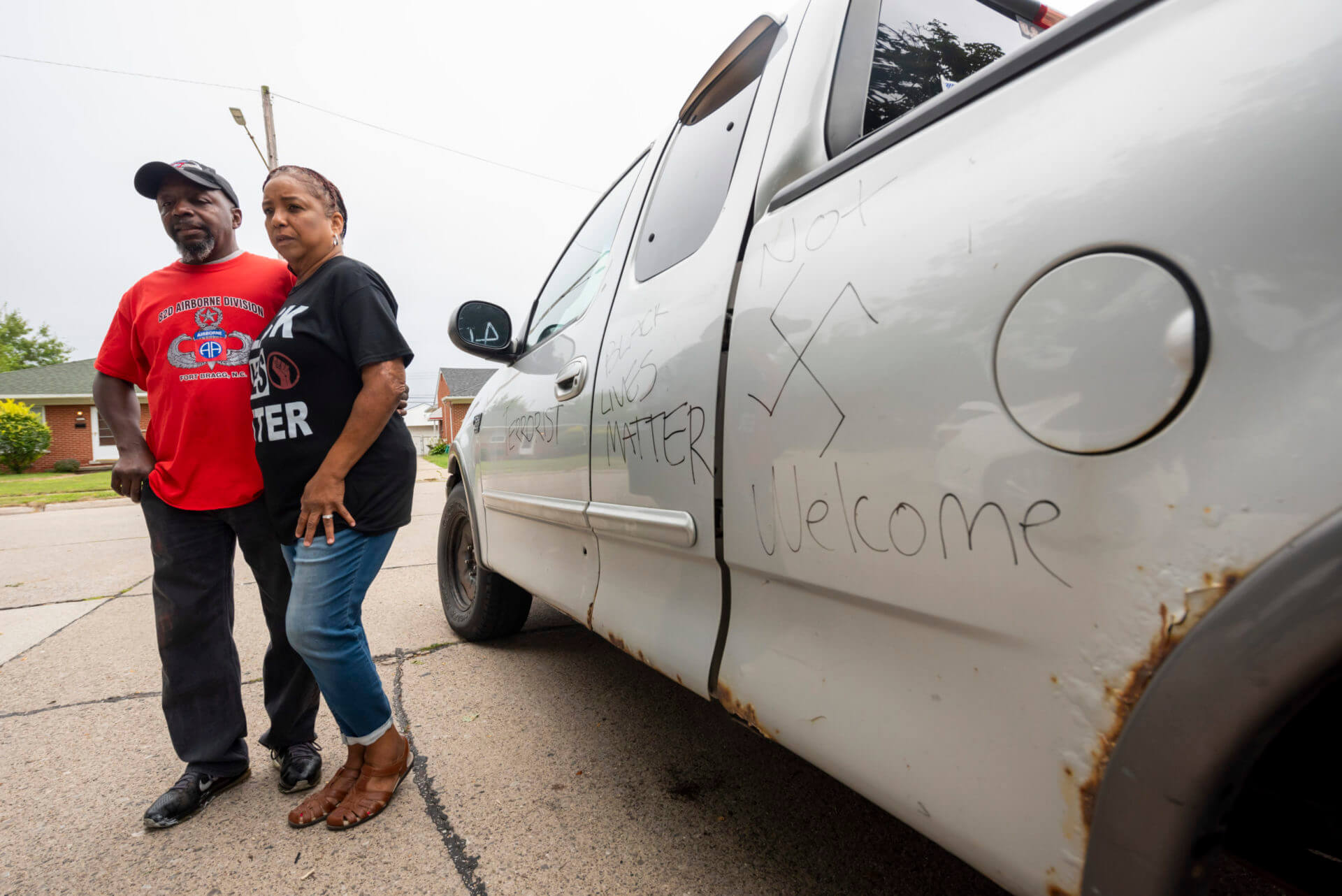 Eddie Hall Jr. and his wife Candace stand in front of threatening graffiti on their truck outside their Warren, Mich., home on Thursday, Sept. 10, 2020. An arrest has been made in connection with vandalism and shots fired into the couple's home. Warren Police Commissioner Bill Dwyer confirmed the arrest Tuesday night, Sept. 29 but didn't elaborate on charges or the person arrested. (David Guralnick/Detroit News via AP)
MORE NEWS