MINNEAPOLIS (AP) — A man who was among the onlookers shouting at a Minneapolis police officer to get off George Floyd last May testified Tuesday that he called 911 after paramedics took Floyd away, “because I believed I witnessed a murder.” 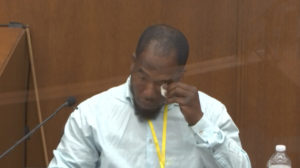 In this image from video, witness Donald Williams wipes his eyes as he answers questions, as Hennepin County Judge Peter Cahill presides Tuesday, March 30, 2021, in the trial of former Minneapolis police officer Derek Chauvin at the Hennepin County Courthouse in Minneapolis, Minn. Chauvin is charged in the May 25, 2020 death of George Floyd. (Court TV via AP, Pool)

Donald Williams, a former wrestler who said he was trained in mixed martial arts, including chokeholds, returned to the witness stand a day after describing seeing Floyd struggle for air and his eyes roll back into his head. He said he watched Floyd “slowly fade away … like a fish in a bag.”

Prosecutor Matthew Frank played back Williams’ 911 call, on which he is heard identifying officer Derek Chauvin by his badge number and telling the dispatcher that Chauvin had been keeping his knee on Floyd’s neck despite warnings that Floyd’s life was in danger. She offers to switch him to a sergeant.

As he is being switched, Williams can he heard yelling at the officers, “Y’all is murderers, bro!”

On Monday, Williams said he thought Chauvin used a shimmying motion several times to increase the pressure on Floyd. He said he yelled to the officer that he was cutting off Floyd’s blood supply. Williams recalled that Floyd’s voice grew thicker as his breathing became more labored, and he eventually stopped moving.

During cross-examination Tuesday, Chauvin attorney Eric Nelson sought to show that Chauvin and his fellow officers found themselves in an increasingly tense and distracting situation, with the crowd of onlookers getting agitated over Floyd’s treatment.

Nelson pointed out that Williams seemed to grow increasingly angry at police on the scene, swearing at and taunting Chauvin with “tough guy,” “bum” and other names, then calling Chauvin expletives, which the defense attorney repeated in court..

Williams initially admitted he was getting angrier, but then backtracked and said he was controlled and professional and was pleading for Floyd’s life but wasn’t being heard.

Williams said he was stepping on and off the curb, and at one point, Officer Tou Thao, who was controlling the crowd, put his hand on Williams’ chest. Williams admitted under questioning that he told Thao he would beat the officers if Thao touched him again.

Williams was among the first witnesses as Chauvin, 45, went on trial on charges of murder and manslaughter in Floyd’s death. The death of the Black man after he was held down by the white officer touched off sometimes-violent protests around the world and a reckoning over racism and police brutality.

Prosecutors led off their case by playing part of the harrowing bystander video of Floyd’s arrest. Chauvin and three other officers were fired soon after the footage became public. 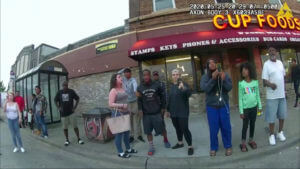 This image from a police body camera shows people gathering as former Minneapolis police officer Derek Chauvin was recorded pressing his knee on George Floyd’s neck for several minutes as onlookers yelled at Chauvin to get off and Floyd saying that he couldn’t breathe on May 25, 2020 in Minneapolis. From the moment a bystander filmed the incident, video shaped the public’s understanding of Floyd’s death. (Minneapolis Police Department via AP)

Prosecutor Jerry Blackwell showed the jurors the video after telling them that the number to remember was 9 minutes, 29 seconds — the amount of time Chauvin had Floyd pinned to the pavement “until the very life was squeezed out of him.”

Nelson countered by arguing: “Derek Chauvin did exactly what he had been trained to do over his 19-year career.”

The defense attorney also disputed that Chauvin was to blame for Floyd’s death, as prosecutors contend.

Floyd, 46, had none of the telltale signs of asphyxiation and had fentanyl and methamphetamine in his system, Nelson said. He said Floyd’s drug use, combined with his heart disease, high blood pressure and the adrenaline flowing through his body, caused a heart rhythm disturbance that killed him.

“The evidence is far greater than 9 minutes and 29 seconds,” Nelson said. 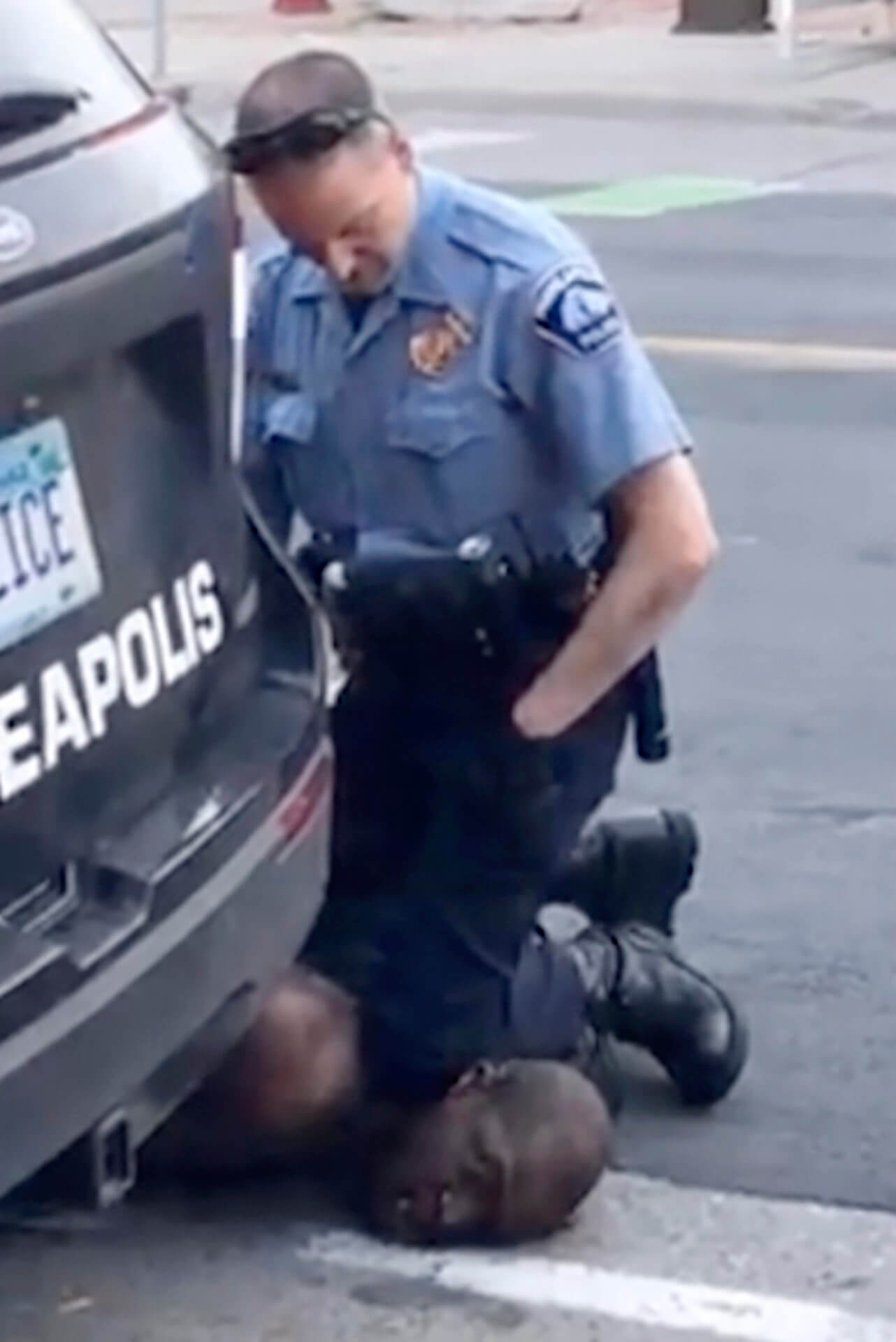 FILE - In this image from video provided by Darnella Frazier, Minneapolis Police Officer Derek Chauvin kneels on the neck of George Floyd in Minneapolis on Monday, May 25, 2020. The former Minneapolis police officer charged with killing Floyd went on trial Monday, March 29, 2021, with prosecutors showing the jury video of Chauvin pressing his knee on the Black man's neck for several minutes as onlookers yelled at him repeatedly to get off and Floyd gasped that he couldn't breathe. (Darnella Frazier via AP)
MORE NEWS