CHARLOTTE, Mich. (AP) — A woman accused in the 2002 fatal bludgeoning of her husband in Michigan was ordered held on a $10 million bond following her return to the U.S. from Italy.

Beverly McCallum was arraigned on charges of second-degree murder and disinterment/mutilation of a body, the Eaton County sheriff’s office said Monday. 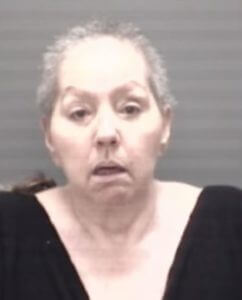 McCallum had been in custody in Rome since February 2020. She was turned over Friday to sheriff’s deputies at an airport in Grand Rapids.

She is the third and final person charged in the death of Roberto Caraballo, according to the sheriff’s office. Her daughter, Dineane Ducharme, is serving a life sentence after being convicted of first-degree murder, while Christopher McMillan, a friend of Ducharme’s, is serving a prison sentence of 15 to 40 years after pleading guilty to second-degree murder.

Caraballo, 37, was suffocated and beaten in the basement of a house in Charlotte, about 105 miles (169 kilometers) northwest of Detroit. His badly burned remains were found in a metal footlocker near a blueberry field in western Michigan’s Ottawa County, but the remains were not identified as those of Caraballo until 2015.

McMillan, of Grand Rapids, agreed to testify against Ducharme and McCallum. He told investigators that the slaying was planned and a “test run” was performed, Eaton County sheriff’s Detective James Maltby testified at a 2019 hearing.

Maltby said McMillan told investigators that McCallum pushed Caraballo down the basement stairs, then beat him with at least one hammer, lodging it in Caraballo’s skull. McCallum wrapped a plastic bag around the head of the still-breathing Caraballo, Maltby testified.

Ducharme, who was 21 at the time, told police her mother killed Caraballo and that she helped dispose of her stepfather’s body, according to Maltby.

Rome police arrested McCallum two years ago after she and her teenage son checked into a hotel on the northwest outskirts of the Italian capital. Italian hotels are required to register guests in an online system linked to a police database that showed she had an Interpol arrest warrant. U.S. authorities had been seeking to extradite McCallum from Pakistan, where she was believed to be living.

She’s due back in court on July 22. The Associated Press was unable Monday to determine if McCallum has an attorney in Michigan who could comment on the charges against her.