BALTIMORE COUNTY, Md. (WMAR) — A 25-year-old woman has been charged with first degree murder after Baltimore County Police say she struck a man with her vehicle before fleeing. 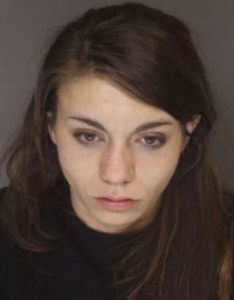 At around 3 p.m. on Sunday, officers responded to the scene of a motor vehicle collision with injuries. When they arrived, they found 52-year-old Joseph Dawson.

Dawson was taken to the hospital where he later died.

Detectives determined that Dawson was involved in an argument with suspect Katie Foster and that during the argument, she struck him with a vehicle and then left the location.

She is currently being held at the Baltimore County Detention Center without bond.

This story was originally published April 11, 2022 by WMAR in Baltimore, an E.W. Scripps Company.