PAPILLION, Neb. (AP) — A Nebraska woman has been sentenced to more than 60 years in prison for several child abuse charges related to sleepovers with friends of her then 11-year-old daughter where she had sex with two boys and handed out marijuana-infused gummy bears.

Christina Greer, 38, was sentenced Monday to between 64 and 102 years in prison. She was convicted in March of three counts of first-degree sexual assault of a child involving two boys ages 12 and 13, six counts of felony child abuse and two counts of witness tampering. 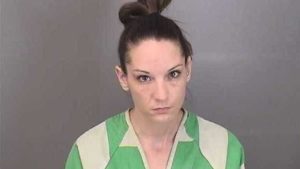 Sarpy County prosecutors said Greer gave several children who were sleeping over at her house alcohol and marijuana-infused gummy bears in 2017 and 2018, according to the Omaha World-Herald.

She also told the children not to tell anyone about what happened during the sleepovers and to delete pictures from their phones.

Court documents said that Greer groomed two of the boys into having sex with her, and police found sexually explicit photos of Greer on one victim’s phone.

“The victims had to go through a lot, to put it lightly,” said prosecutor Phil Kleine with the Sarpy County Attorney’s office. “I hope that, with the court’s sentence, the victims will be able to find some form of closure and be able to move forward with their lives.”