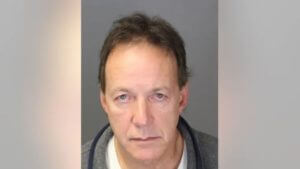 Zvi Levran, 66, is accused of sexually assaulting a 30-year-old man in 2020 in Levran’s Farmington Hills home and a 14-year-old boy in 2018 in nearby Farmington, the Oakland County prosecutor’s office said Wednesday.

Levran’s initial contact with both was through youth hockey, prosecutors added.

Levran, who Farmington Hills police said provided medical assistance to youth hockey teams in Michigan and Minnesota for two decades, first was arrested in October. He was arraigned in November on multiple criminal sexual conduct charges involving several patients who told police their examinations were in some way connected to youth hockey.

A few days later, Levran was charged with 10 more counts of criminal sexual conduct after police received 33 additional tips about the urologist from other Detroit-area communities and California, Georgia, North Carolina, Minnesota, Arizona and Canada.

Levran’s attorney, Joe Lavigne, said Thursday that he is “looking forward to defending the case.” Lavigne has entered not-guilty pleas on Levran’s behalf in the previous cases.

Levran is jailed on bonds totaling more than $2 million.

The role of sports doctors and their interactions with athletes have come under scrutiny in recent years.

Former Michigan State University sports doctor Larry Nassar was sentenced in 2018 to 40 to 175 years in prison after admitting to molesting some of the nation’s top gymnasts for years under the guise of medical treatment. He was accused of sexually assaulting hundreds of women and girls.

Former University of Michigan athletes, students and others have said they were molested by University of Michigan sports doctor Robert Anderson. Anderson was director of the campus health service and a physician for multiple sports teams, including football. He died in 2008 after working at the university for nearly 40 years.