LOS ANGELES (AP) — Most of the jurors at Harvey Weinstein’s Los Angeles trial were ready to convict him of crimes related to three of the four women he was charged with raping or sexually assaulting. 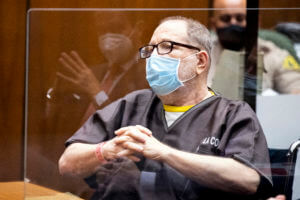 Harvey Weinstein, the 69-year-old convicted rapist and disgraced movie mogul, wears a face mask as he listens in court during a pre-trial hearing in Los Angeles, Thursday, July 29, 2021. (Etienne Laurent/Pool Photo via AP)

Yet after weeks of deliberation the eight men and four women voted unanimously to convict him of crimes against only one: a Russian-born model and actor known as Jane Doe 1. She lived in Rome and was visiting California for a film festival at age 34 in 2013, when she said the now-disgraced film mogul appeared uninvited at her Los Angeles hotel room door in the middle of the night.

The jurors were released from service and allowed to talk publicly after more than two months Tuesday, when they could not reach a unanimous decision on two aggravating factors that might have made for a higher sentence. Their deliberations took nine days spanning more than two weeks, but those who spoke to reporters said the talks were never contentious.

Weinstein was found guilty of one count of rape and two counts of sexual assault against Jane Doe 1. He now faces up to 18 years in prison in California to go with a 23-year sentence for a rape and sexual assault conviction in New York.

Jurors said that Jane Doe 1’s composure, and the fact that she did not contact Weinstein after he raped her, allowed the divided group to reach consensus on her accusations.

“I thought Jane Doe 1 was very convincing in her story,” said one juror, a 62-year-old man who works in banking and only provided his first name, Michael, because he sought to maintain privacy amid the publicity surrounding the case.

The physical and technical evidence surrounding Jane Doe 1 was some of the thinnest at the trial, but jurors were told that under the law, if they found an accuser’s story credible, that alone could be enough to convict. 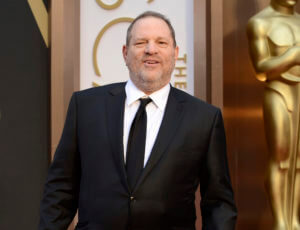 Jane Doe 1 only one among them who had no further direct dealings with Weinstein or his representatives after the incident. She testified she had barely known who he was, having been introduced only briefly at the film festival, and wanted nothing from him. Others, including Siebel Newsom, had friendly email exchanges with Weinstein or sought out future meetings after their incidents, a point the defense pounded in their cross-examinations and closing arguments.

That resonated with some jurors.

Michael said he voted to convict on the Jane Doe 1 counts, but reluctantly voted to acquit on the counts involving Siebel Newsom. The difference, he said, was the women’s “subsequent action.”

Weinstein has repeatedly denied engaging in any non-consensual sex. His lawyers called some of the encounters in the charges consensual and others flat-out fabricated, including the story told by Jane Doe 1. They pointed out that prosecutors had not even produced independent evidence to place Weinstein at her hotel.

One juror suggested that the broad statement was undermined by defense arguments that engaged with the details of Jane Doe 1’s account.

“I think Jackson’s last comment where Harvey just wasn’t there, hurt him,” said the juror, Arnold Esqueda, who works as director of security for the Los Angeles Department of Water and Power. “They were defending all these things, and then they just say he’s not there. Well they should have just said he’s not there.”

He said he and other jurors made that point to a “very old school” man on the jury who who “decided that he was going vote guilty on that one. He stayed pretty much not guilty on the rest.”

While tearful at times, Jane Doe 1’s testimony was restrained and straightforward in comparison to some that followed. She spoke slowly with a Russian accent, and made nearly no use of a translator on hand.

Esqueda said the intensely emotional testimony of Siebel Newsom, who was screaming through tears at times during her testimony, might have been too much for some fellow jurors. The panel was divided 6-6 on the counts involving her when he suggested getting a read-back of her testimony from the court reporter.

“She had a little drama,” Esqueda said. “So I suggested let’s re-read it, and I think after we read it it switched a couple of people in her favor, without the drama.”

Changes over time in the massage therapist’s story helped lead jurors to acquit on that count, Michael said.

The Associated Press does not typically name people who have said they were sexually abused, unless they come forward publicly or have given consent through their attorneys, as Young and Siebel Newsom have. 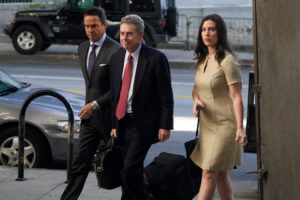 Judge Lisa Lench tentatively scheduled Weinstein’s sentencing for Jan. 9 after his attorneys asked that it be done promptly.

But Lench said it might not happen so quickly given the issues surrounding the case, including prosecutors’ pending decision on whether or not to retry the deadlocked counts.

He asked the judge if other Weinstein accusers, including some who testified against him at trial but were not part of the charges, and the women whose counts were deadlocked, might give victim impact statements at the sentencing.

“I’m not going to make this an open forum on all of the allegations that were presented in this trial,” she said.

“So it’ll just be Jane Doe 1 then,” Thompson replied.