WEST PALM BEACH, Fla. (WPTV) — A 14-year-old boy accused of stabbing a man in the chest during an argument at a party in June has been charged as an adult. 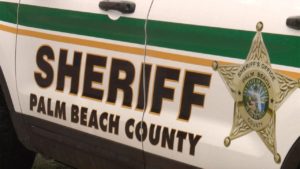 Deputies said the teen and his parents were at a party when an argument broke out.

According to witnesses, Gonzalo Cardona, 28, struck a woman in the face with a beer bottle.

A fight broke out, including Gonzalo, the teen and his parents.

Deputies said the 20-year-old victim tried to intervene when he was stabbed in the chest by the teen.

One witness claims the teen’s mother said the teen was trying to help his father.

Once the victim fell to the ground, witnesses said, the teen and his parents began beating the victim.

The teen is charged with second-degree murder and was scheduled to appear in court Tuesday.

This story was originally published Aug. 16, 2022 by WPTV in West Palm Beach, an E.W. Scripps Company.