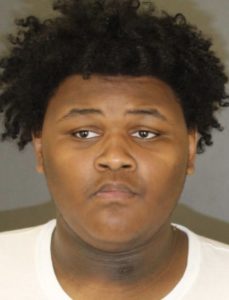 Documents reveal officers were dispatched after receiving a call for a 7-year-old shot in the head.

When officers arrived to the scene, they learned the victim was actually 8-years-old and they found a neighbor giving King CPR.

King was lying face up and officers observed massive trauma to the face, neck and chest. Officers on the scene went to the second floor of the home and heard “sobbing” coming from the back room docs say.

They opened the bedroom door and found Wilson holding a black shotgun barrel to his forehead.

Officers were able to talk Wilson down from shooting himself and he was taken to Grace Medical Center for psychiatric evaluation.

Further investigation revealed that Wilson was in charge of watching his four younger siblings. Both parents were out of the house at the time of the shooting.

Documents say after Wilson shot his brother, he called his mother, Marlena Cook, to tell her King accidentally shot himself. Wilson also recently expressed an interest in shooting guns, so he legally purchased the shotgun.

This transaction isn’t considered illegal as Wilson is 18 and has no criminal background. The firearm is also not considered to be a regulated firearm.

This story was originally published Jan. 19, 2023 by WMAR in Baltimore, an E.W. Scripps Company.