Los Angeles County District Attorney Jackie Lacey announced today that film producer Harvey Weinstein was charged with an additional sexual assault count stemming from an incident that allegedly occurred at a Beverly Hills hotel in May 2010. 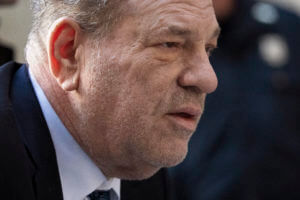 “We are continuing to build and strengthen our case,” Los Angeles County District Attorney Jackie Lacey said. “As we gather corroborating evidence, we have reached out to other possible sexual assault victims. If we find new evidence of a previous unreported crime, as we did here, we will investigate and determine whether additional criminal charges should be filed.”

The new charge alleges that Weinstein sexually assaulted a woman at a Beverly Hills hotel on May 11, 2010. The victim was first interviewed by law enforcement in October 2019 as a possible corroborating witness in the case. Last month, she provided detectives with information confirming that the assault took place within the 10-year-statute of limitations.

If convicted as charged in the amended complaint, the defendant faces up to 29 years in state prison. 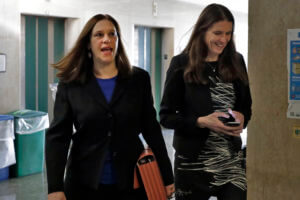 Prosecutors have initiated a request for the temporary custody of Weinstein from New York, the first of several steps in the extradition process.

At this time, it is unknown when Weinstein will be transferred to Los Angeles County. Upon his arrival, he will be arraigned on the amended complaint. Once a court date is set, the public will be notified.

Prosecutors also announced today that two cases involving Weinstein were declined for prosecution because the victims did not want to testify against the defendant in this case.

The case remains under investigation by the Los Angeles and Beverly Hills police departments and the District Attorney’s Bureau of Investigation.

About the Los Angeles County District Attorney’s Office
Los Angeles County District Attorney Jackie Lacey leads the largest local prosecutorial office in the nation. Her staff of nearly 1,000 attorneys, 300 investigators and 800 support staff members is dedicated to protecting our community through the fair and ethical pursuit of justice and the safeguarding of crime victims’ rights.