HOT SPRINGS, Ark. (AP) — An Arkansas man was arrested and charged with capital murder Tuesday in the death of his 5-month-old son.

Hot Springs police said Cody Webb, 35, was booked into Garland County jail and is being held without bond. 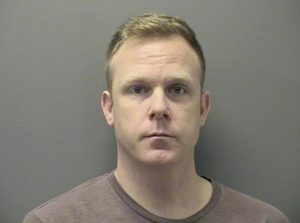 Police said officers responded to a call Friday involving an unresponsive infant at a home. The child was pronounced dead later that night at Arkansas Children’s Hospital in Little Rock.

The Sentinel-Record reports that according to a probable cause affidavit, Webb said the child had been crying and his 2-year-old was “needing things and it was frustrating.”

Webb said he may have picked the infant up quickly and pulled him closely to his body several times and forcefully rocked the child for about 10 minutes.

Toward the end of the interview, Webb allegedly said, “I did that … ” and paused and then said, “because I was getting frustrated and annoyed with a baby crying, so insane.”

Webb’s attorney, Q. Byrum Hurst, told the newspaper that Webb was “devastated” and “has had nothing to do with the cause of the infant’s death.”