NEW YORK (AP) — Police hunted late into the night for the gunman who opened fire Tuesday on a subway train in Brooklyn, an attack that left 10 people wounded by gunfire and once again interrupted New York City’s long journey to post-pandemic normalcy.

The search focused partly on a man who police say rented a van possibly connected to the violence. 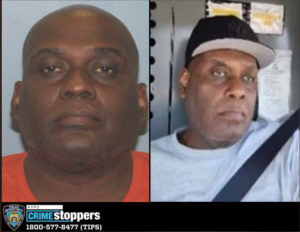 This image provided by the New York City Police Department shows a Crime Stoppers bulletin displaying photos of Frank R. James, who has been identified by police as the renter of a U-Haul van possibly connected to the Brooklyn subway shooting, in New York, Tuesday, April 12, 2022. Police Chief of Detectives James Essig said investigators weren’t sure whether James had any link to the subway attack. (Courtesy of NYPD via AP)

Investigators stressed they weren’t sure whether the man, Frank R. James, was responsible for the shooting. But authorities were examining social media videos in which the 62-year-old decried the United States as a racist place awash in violence and sometimes railed against the city’s mayor, Eric Adams.

“This nation was born in violence, it’s kept alive by violence or the threat thereof and it’s going to die a violent death. There’s nothing going to stop that,” James said in one video.

The gunman sent off smoke grenades in a crowded subway car and then fired at least 33 shots with a 9 mm handgun, police said. Five gunshot victims were in critical condition but expected to survive. At least a dozen people who escaped gunshot wounds were treated for smoke inhalation and other injuries.

One passenger, Jordan Javier, thought the first popping sound he heard was a book dropping. Then there was another pop, people started moving toward the front of the car, and he realized there was smoke, he said.

When the train pulled into the station, people ran out and were directed to another train across the platform. Passengers wept and prayed as they rode away from the scene, Javier said.

“I’m just grateful to be alive,” he said.

The shooter fled in the chaos, leaving behind the gun, extended magazines, a hatchet, detonated and undetonated smoke grenades, a black garbage can, a rolling cart, gasoline and the key to a U-Haul van.

That key led investigators to James, who has addresses in Philadelphia and Wisconsin, said Chief of Detectives James Essig. The van was later found, unoccupied, near a subway station where investigators determined the gunman had entered the train system, Essig said.

Rambling, profanity-filled YouTube videos apparently posted by James, who is Black, are replete with violent language and bigoted comments, some against other Black people. 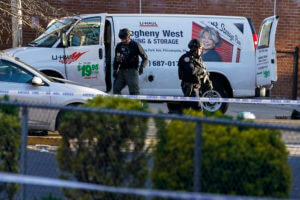 Bomb squad personnel search a moving truck during an ongoing investigation in the Brooklyn borough of New York, Tuesday, April 12, 2022. Multiple people were shot and injured Tuesday at a subway station in New York City during a morning rush hour attack that left wounded commuters bleeding on a train platform. (AP Photo/John Minchillo)

“You got kids going in here now taking machine guns and mowing down innocent people,” James says. “It’s not going to get better until we make it better,” he said, adding that he thought things would only change if certain people were “stomped, kicked and tortured” out of their “comfort zone.”

A Feb. 20 video says the mayor and governor’s plan to address homelessness and safety in the subway system “is doomed for failure” and refers to himself as a “victim” of the city’s mental health programs. A Jan. 25 video criticizes Adams’ plan to end gun violence.

Adams, who is isolating following a positive COVID-19 test on Sunday, said in a video statement that the city “will not allow New Yorkers to be terrorized, even by a single individual.” 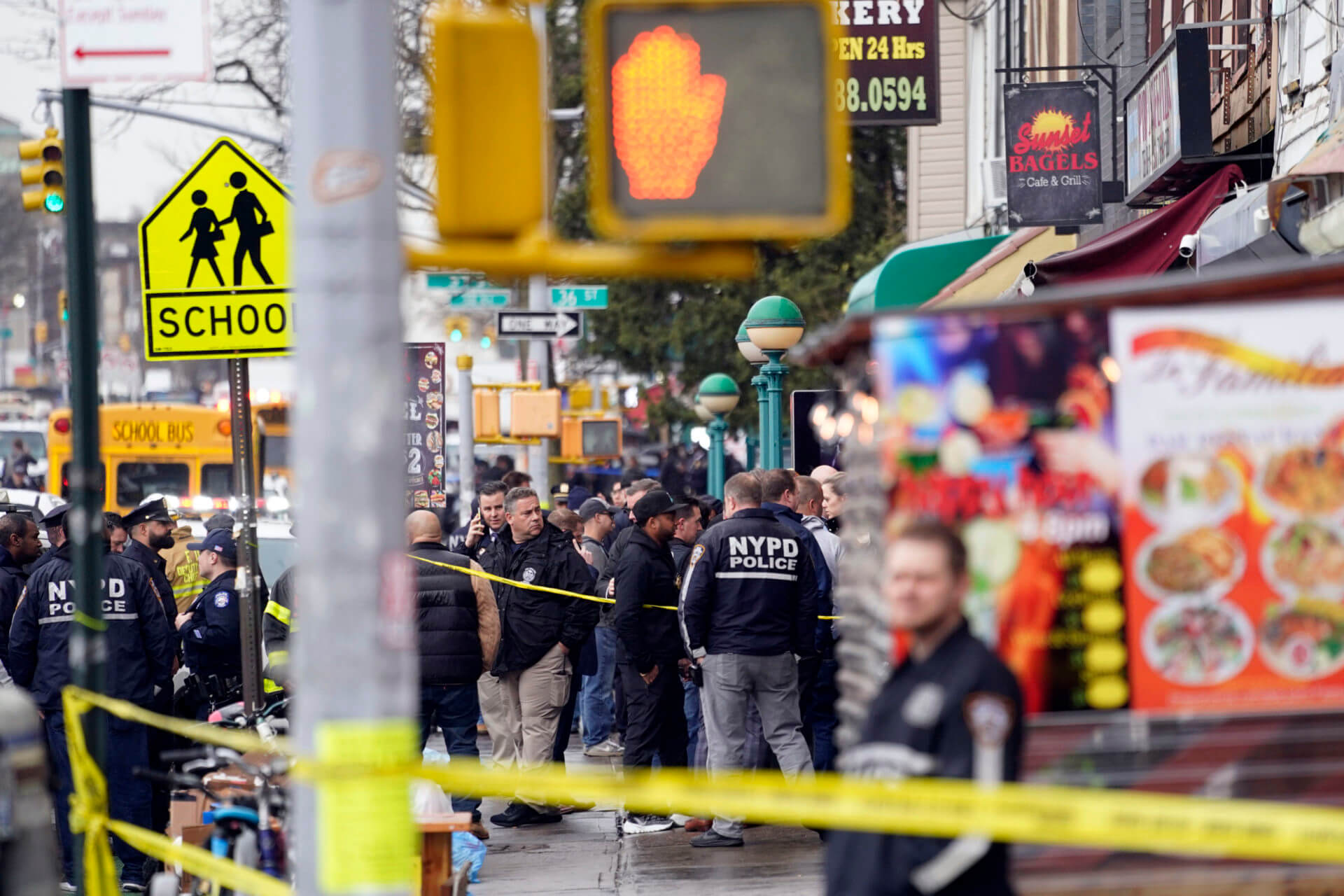