NEW YORK (AP) — A man who opened fire on a packed Brooklyn subway train last year, wounding 10 passengers in a rush-hour attack that shocked New York City, pleaded guilty Tuesday to federal terrorism charges that could put him in prison for the rest of his life.

Frank James, 63, who posted online that he was the “Prophet of Doom,” admitted in Brooklyn federal court to pulling the trigger on a Manhattan-bound train as it moved between stations on April 12, 2022 — an assault that prosecutors said was “intended to inflict maximum damage at the height of rush hour.” 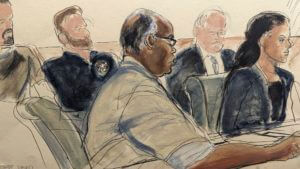 In this courtroom sketch, Frank James, center, sits next to his defense attorney Amanda David during a plea hearing in Brooklyn federal court, Tuesday, Jan. 3, 2023, in New York. James, who opened fire and wounded 10 passengers on a Brooklyn subway train last year has pleaded guilty to federal terrorism charges. Frank James admitted pulling the trigger on the Manhattan-bound train as it moved between stations on April 12. (Elizabeth Williams via AP)

James, wearing a beige jail jumpsuit and reading from a prepared statement, said he only intended to cause serious bodily injury, not death, but that he knew his actions could’ve been lethal.

Dressed as a maintenance worker, James fired a 9mm handgun at least 33 times after setting off a pair of smoke grenades — wounding victims ranging in age from 16 to 60 in the legs, back, buttocks and hand as the train pulled into a station in Sunset Park. He then fled in the haze and confusion, setting off a 30-hour citywide manhunt that ended when he called the police on himself.

James pleaded guilty to all 11 counts in his indictment, including 10 counts of committing a terrorist attack against a mass transit system — one for each wounded passenger. The terrorism charge carries a maximum sentence of life in prison. The other charge — firing a firearm during a violent crime — has a mandatory minimum sentence of 10 years in prison.

Prosecutors are seeking to put him in prison for decades. His lawyers — arguing that his conduct amounted to aggravated assault, not attempted murder — said he shouldn’t serve more than 18 years. James doesn’t have a plea agreement.

Previously, he vowed to fight the charges and refused to leave his jail cell to appear at an earlier court hearing, leading Judge William F. Kuntz II to issue an order instructing U.S. Marshals to use “all necessary force” to ensure that James showed up to Tuesday’s plea hearing.

Several victims attended the proceeding, but none wanted to talk to reporters. James did not express remorse, but said he plans to do so when he is sentenced, likely in the summer. 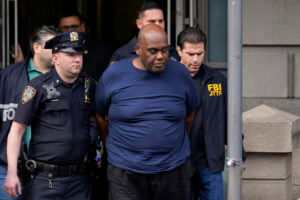 FILE – New York City police and law enforcement officials lead subway shooting suspect Frank James, center, away from a police station in New York on April 13, 2022. Prosecutors plan to seek a decades-long prison sentence for James, who is expected to plead guilty this week to opening fire in a subway car and wounding 10 riders in an attack that shocked New York. (AP Photo/Seth Wenig, File)

“Mr. James has accepted responsibility for his crimes since he turned himself in to law enforcement,” James’ lawyers, Mia Eisner-Grynberg and Amanda David, said in a statement. “A just sentence in this case will carefully balance the harm he caused with his age, his health, and the Bureau of Prisons’ notoriously inadequate medical care.”

If the case had gone to trial, prosecutors said evidence would’ve refuted James’ claim that he intended only to injure, not kill. James had been planning the attack for at least four years and made a trial run a few months prior, Assistant U.S. Attorney Sara Winik said.

James set off smoke grenades before shooting so that passengers would flee to one side of the subway car, enabling him to shoot them more easily, Winik said. The trajectory of his gunshots showed he was aiming “center mass” for maximum lethality, she said.

The attack upended the ritual of the morning commute, “endangering the lives of countless New Yorkers who rely on the safety of the subway system every day,” Winik said.

Before the shooting, James, who is Black, posted dozens of videos online in which he ranted about race, violence and his struggles with mental illness, sometimes adopting the moniker “Prophet of Doom.”

He decried the treatment of Black people and talked about how he was so frustrated, “I should have gotten a gun and just started shooting.” In one video, he appeared to be in a packed New York City subway car, raising his finger to point out passengers one by one.

James, who’s been locked up at a Brooklyn federal jail since his arrest, told Kuntz that a jail psychologist visits him once a month “to speak with me and see how I’m doing.”

James’ lawyers informed the judge on Dec. 21 that he wanted to plead guilty, an about-face from his earlier vow to fight the charges at trial.

In a jailhouse interview with The Associated Press in August, James spoke about his lifelong struggle with mental health and the notoriety he gained at the Metropolitan Detention Center in Brooklyn, where he befriended the disgraced R&B star R. Kelly.

“It’s going to be a long case,” James said. “People don’t have enough information yet to judge me… All in all I’m a good person at heart. I’ve never hurt anybody.”

James was arrested in Manhattan a day after the shooting after calling a police tip line to say where he was. Police were already searching the area after a sharp-eyed high school photography student called in a tip about a man, believed to be the suspect, sitting on a bench with a duffel bag.

Prosecutors said a trove of evidence connected James to the attack. His bank card, cellphone and a key to a van he had rented were found at the shooting scene. Officers also found the handgun they said was used in the shooting; tracing records show James purchased the gun from a licensed gun dealer in Ohio in 2011.

In court papers, prosecutors suggested James had the means to carry out more attacks, noting that he had ammunition and other gun-related items in a Philadelphia storage unit. The New York City native had been living in Milwaukee and Philadelphia prior to the shooting. 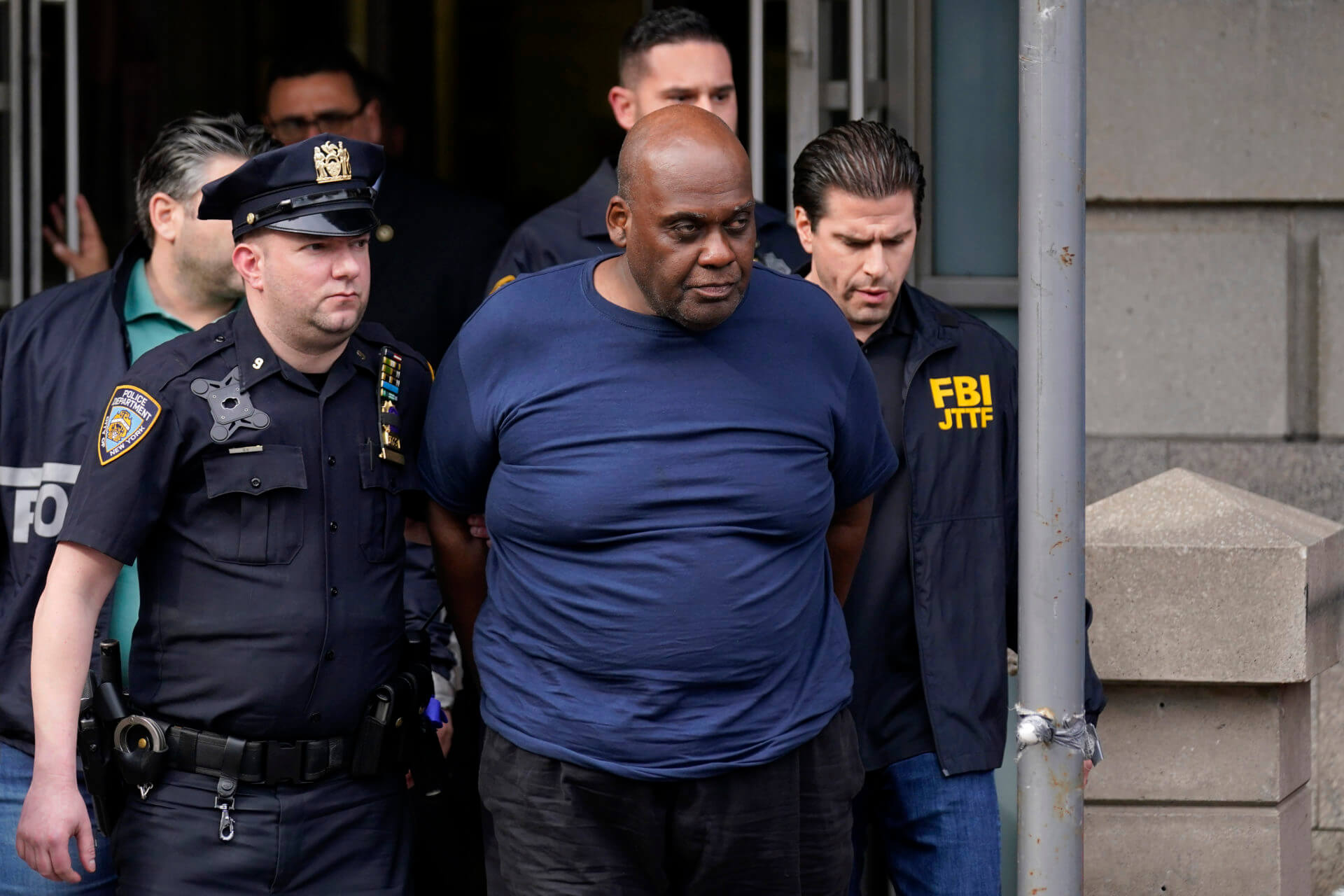